We have seen business as usual – with Privert building a war fund from illegal contraband dealings. He has accumulated millions of American Dollars to bribe members of our Chamber of Deputies and Senate, believing control of 16 Senators will block efforts to remove him. 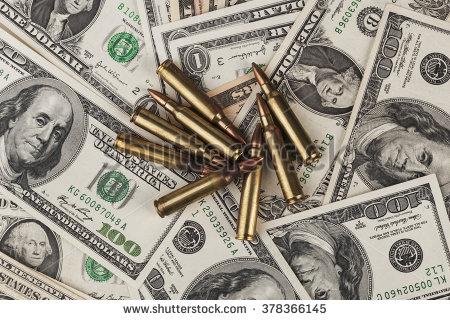 Recognizing reality some patriotic Haitians have been planning for the predicted Privert double-cross since February 5, 2016. These guys have close associations with many key PNH officers inside Privert’s security team.

Wherever Privert goes, he is surrounded by uniformed and plain clothes officers. These key people are loyal to Haiti – not a 120 day caretaker who has betrayed the Nation’s trust.  Privert has already transmitted his plan to violate his mandate and stay forever – if possible! 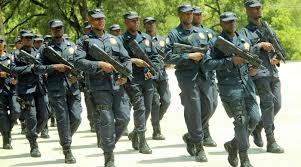 At this moment 32 officers, led by a senior PNH member, are committed to Privert’s departure on May 14 of 2016, not 2017, 2018…..  When the time comes, they will simply surround Privert, and escort Privert out of the National Palace – no violence required.

There are few prepared to stand next to Privert when the challenge is made. A list has been made and PNH elements will secure them until the crisis has passed.

They are prepared for people, like the midget Assad Volcy, and will roll them up, in the process.

The uninvolved officers will simply step aside.

The cost of this, in used $100 American bills,  is much less than buying Parliament.

Cash has been committed.

The clock is ticking!

From this moment, Privert must look around him and wonder which of the faces are members of the Group 32 as they are unofficially known! 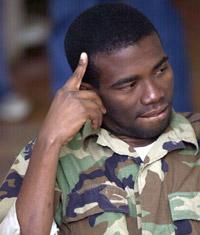 And Privert faces another element led by Guy Phillipe, the Patriot who forced Aristide/Lavalas from power in 2004. He stands ready to act and block the Nation if Privert tries to extend his 120 day mandate.

Haiti has always been a victim of foreign whims.

We would not have Privert without the International Community’s miscalculations.