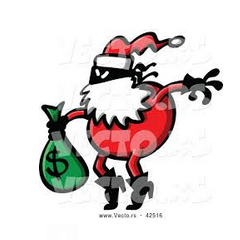 London: The deputy chief executive of Oxfam resigned on Monday over the British charity’s handling of a prostitution scandal in Haiti involving its staff members and allegations of similar behaviour in Chad.

“As programme director at the time, I am ashamed that this happened on my watch and I take full responsibility,” Penny Lawrence said in a statement.

Oxfam has faced severe criticism for a lack of transparency over misconduct allegations against staff members accused of using prostitutes in Haiti following a devastating 2010 earthquake.

The charity has denied covering up the scandal.

Oxfam’s chair of trustees Caroline Thomson and chief executive Mark Goldring had been called to explain themselves at a meeting earlier on Monday with International Development Secretary Penny Mordaunt.

The minister has threatened to cut government funding for the charity unless it shows “moral leadership”.

The allegations centre around Roland van Hauwermeiren who was Oxfam’s country director for Haiti and was previously the head of the charity’s mission in Chad.

Oxfam investigated sexual misconduct allegations in 2011 and van Hauwermeiren was one of three staff members who resigned while four others were dismissed.

“Over the last few days, we have become aware that concerns were raised about the behaviour of staff in Chad as well as Haiti that we failed adequately to act upon.

“It is now clear that these allegations — involving the use of prostitutes and which related to the behaviour of both the country director and members of his team in Chad — were raised before he moved to Haiti,” Lawrence said in her statement.

Let’s forget about prostitutes and child molesters for the moment!

What about all of the cash that was stolen in Haiti?

What about all of the donated material that was stolen/sold in Haiti by OXFAM people?

Tents were selling on the streets for $100 American dollars. I purchased one for my maid who was living under cardboard boxes, no thanks to OXFAM.