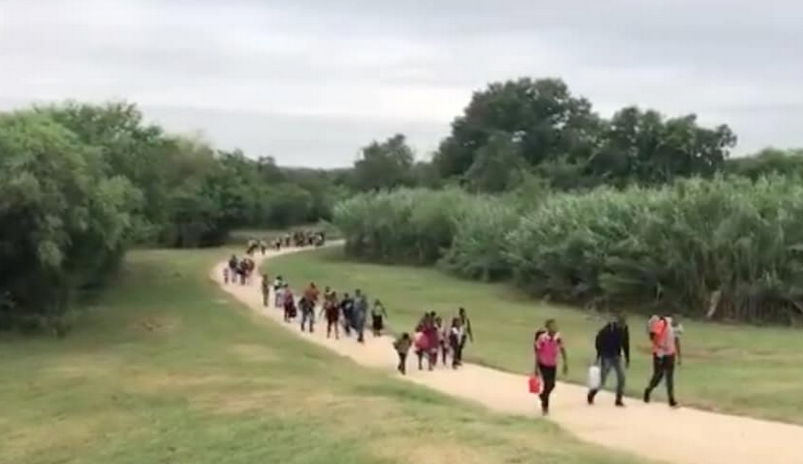 The Customs and Border Protection Agency released shocking footage of hundreds of migrants from Haiti and Central America walking into the USA Thursday; raising new questions over safety and security throughout the region.

More than 180 Haitian nationals were detained along the US-Mexico border just last week; highlighting new concerns on how migrants from all over the world are entering Central America before traveling to the US.

“In total, more than 180 people from Haiti have been arrested by the U.S. Border Patrol in Del Rio Sector in the past week,” adds the article. “Prior to this week, Del Rio Sector had apprehended 17 Haitians since October 1, 2018.”

“Del Rio Sector Border Patrol agents have apprehended immigrants from 44 countries around the world,” said Del Rio Sector Chief Patrol Agent Raul L. Ortiz. “Our agents, along with the assistance of our DHS partners, continue to meet each new challenge as the ongoing humanitarian crisis evolves.”

A new report released by the Department of Homeland Security shows upwards of 1,000 migrants detained at the border have US criminal records; raising serious security concerns across the region.

“Hundreds of illegal immigrants attempting to cross the southern border as part of massive migrant caravans were found to have criminal histories in the U.S., according to newly obtained Department of Homeland Security documents,” reports Fox News.

“The DHS files were provided to House Oversight Committee Republicans in May and included internal data showing more than 1,000 migrants traveling as part of caravans to the border within the past nine months had ‘U.S. criminal histories’ and hundreds had ‘U.S. criminal convictions,’” adds Fox.