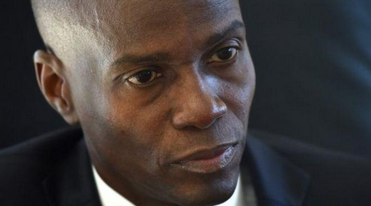 A fact-finding mission from the Organization of American States concluded its visit on Wednesday to a politically volatile Haiti with two messages, and a proposal to help bring those implicated in a Venezuela PetroCaribe aid corruption scandal to justice.

For the frustrated masses seeking to depose Haitian President Jovenel Moïse: “We will always support rule of law. If you don’t like Moïse, the solution is to beat him at the ballot box. We are not going to ask him to resign,” said an official speaking on background because of the sensitive nature of the discussions. Moïse is in the second year of a five-year term.

And for the president: “You have to govern, and right now you are not governing.”

During the talk with Moïse, the delegation proposed putting together an OAS-sanctioned commission made up of international financial experts to help Haitian government auditors determine how much was stolen from the PetroCaribe aid fund, and who should be prosecuted.

Moïse, the official said, agreed. “He said he was ready to go to Washington and sign. He said he has nothing to hide.”

The handpicked successor of former Haitian President Michel Martelly, Moïse is among several Martelly supporters and ex-government officials accused of embezzling millions of dollars in the latest government audit of the program. The audit was issued on May 31 by Haiti’s Superior Court of Auditors and Administrative Disputes. It looks at six governments under three different presidents, but it is the alleged corruption involving Moïse, who sold himself as a banana farmer during the presidential campaign, that has spurred nationwide violent protests and growing calls for his resignation.

“There can’ t be impunity. Whoever stole money needs to held accountable,” the official said.

The delegation rove through the capital, where, nearly 10 years after the Jan. 12, 2010 earthquake, government ministries are still unrestored. The buildings were supposed to be replaced with money from the PetroCaribe fund. A lot of that money was wasted or stolen, according to auditors.

“It was very apparent,” the official said. “A lot of fraud took place.” 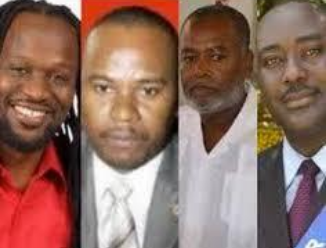 After arriving in Port-au-Prince early Wednesday morning, Trujillo headed straight to Moïse’s residence in the hills of the capital, where he was joined by the foreign minister, Bocchitt Edmond. Having refused suggestions for about a month to bring Haiti’s crisis to the attention of the OAS permanent council, Edmond finally did so on June 14, asking Trujillo if he could come see if the OAS can facilitate dialogue between the president and those demanding his resignation.

“We are not mediators,” said the official, adding that the aim of the OAS is to help put in place conditions for a dialogue, not dictate one.

It was at the president’s residence, that the delegation made it clear to the president that he has to step up. The protests have stalled government functions. Banks are opened half a day. Revenues are not coming in or being collected, and earlier this week the finance minister said instead of 2.5 percent economic growth, Haiti can expect to see less than 1 percent.

Moïse, the official said, complained that while he has support in the lower chamber of deputies, he lacks a two-thirds majority in the Senate, which has thwarted his ability to get a new government in place, four months after the lower chamber fired the last prime minister. Of 29 senators, only four are viewed as opposition.

“You don’t need an absolute majority,” the official insisted.

After meeting with Moïse, the group conferred with the representatives of Canada, Brazil, the United Nations and other OAS member countries. They also heard from four members of civil society, and the representatives of two of the more moderate political parties, Fusion and OPL, along with an ex-Senate president, Kely Bastien.

Not part of the discussions: representatives of the private sector, which has been asking the president for months to dialogue. Also not invited were members of the structured grassroots movement Nou Pap Domi (We are not sleeping) and the radical opposition, both of which have been rallying Haitians into the streets in demonstrations that have become increasingly violent.

If Trujillo was hoping to find a more moderate stance on whether Moïse should stay, and a dialogue was possible, some in attendance said he did not get it. Meanwhile, the exclusion of the more outspoken players in Haiti’s brewing political crisis had even some members of the foreign diplomatic corps, wondering if the OAS’ visit could produce the needed dialogue between Moïse and those demanding his departure.

“This shows a willingness by the OAS to impose a solution without listening to the popular demands of the population,” Nou Pap Domi said in a statement. “[But] we at Nou Pap Domi are committed to finding a solution to Haiti with Haitians.

“The presence of the OAS does not change our position,” the organization added. “But we wrote the OAS on June 8, 2019, to inform them that we do not recognize the legitimacy of President Jovenel Moïse and we have no trust in him leading the country because he has serious allegations that involve corruption.”

Edmonde Supplice Beauzile, a former senator and current head of Fusion, said the meeting has not changed her party’s position on Moïse.

“We cannot lose time with him. He’s not credible,” she said of the president. “The OAS has to start working for the goodwill of the Haitian people and not a person who doesn’t have leadership or credibility.”

Edmonde Supplice Beauzile is the perfect example of what troubles Haiti. She is head of a political party that gained fewer than 1% of the votes in the last election. Her own political party complained that she took all of the money they raised, for herself.

Edmonde Supplice Beauzile is in politics for money not elective position.

This lady, like most of the fragmented tiny political parties, exiksting almost in name only, are there just to get funds provided for eletions. This cash goes to buy Land Cruisers or other important factors in life.

Jovenel Moise has offered dialogue but these midgets refuse.

As far as the Petro Caribe dossier is concerned, PetroCaribe ended before Jovenel took office. He had two small road contracts, adding up to about $1,650,000  for road construction, which h e completed.

The Senate report on PetroCaribe was created by 4 drug-dealing Lavalas Senators who didn’t mention the $200,000,000 gobbled up by the Senate and members of the Chamber of Deputies. It didn’t m entions the $7,000,000 Youri Latortue got from a dredging contract that was not completed or the $198,000,000 stolen by Rene Preval. 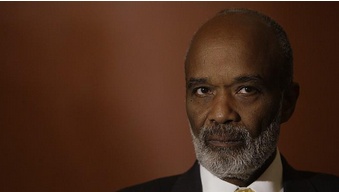 A foreign external auditor is a super idea. There is a guy who was born here and still speaks Creole better than most natives since his is the old Creole of our parents. He is a Director of Deloitte.

A proper audit will clear Jovenel and put most of our Parliament in jail.

Yesterday’s meeting at the  Hotel Oasis where Youri Latortue, Don Kato, Nenel Cassy, Anthony Barbier, Michel Andre and a band of criminals gathered to discuss the overthrow of Jovenel  Moise’s government, after which they would vote a total amnesty for all PetroCaribe crimes. 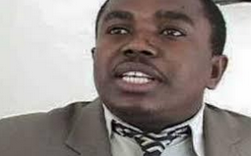 Let Haiti get on with its life.