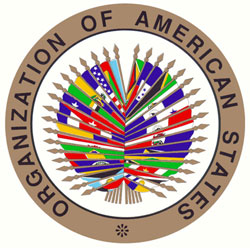 The Organisation of American States (OAS) has said that it will not be involved in the organisation or implementation of next year’s elections in Haiti, as has been the case in the past.

An OAS statement said the hemispheric body will simply observe the development of the elections.

It said the decision was based on the need for Haiti to equip itself with electoral institutions that are transparent, permanent and trustworthy.

The OAS anticipates sending about 80 observers to parliamentary elections in February, and twice that number to the presidential elections scheduled for November 2010.

2 thoughts on “OAS shies away from Haitian elections”