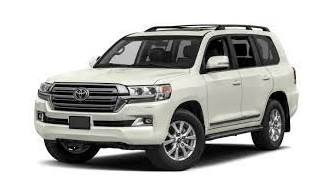 According to the report of the Monitoring Committee for the Financing and Institutionalization of Political Parties, presented last Thursday, out of 107 political organizations that took part in the last elections, 58 with elected candidates will share 572 million gourdes in the 12 next months in the framework of the application of the law on political parties. The most representative political parties (having the most elected) will collect more than 6.6 million gourdes per month from the Haitian state and nearly 100 thousand gourdes for the least representative and nothing for the formations having no elected candidate.

250 million Gourdes are planned in the 2017-2018 budget which will be disbursed at a rate of 41.6 million gourdes per month. President Moïse has promised more than double this amount in 6 months by taking an amending budget to reach the total amount of planned funding is 572 million/year (47.65 million monthly average) for the last 6 months of the fiscal exercise.

Talk about pissing money up against the wall. These groups exists, only to make money and represent no one other than a guy and his wife, a wife and her husband – sometimes only one, because the other has her/his own political party.

The Toyota dealership should be happy.

After all, what Haitian politician is complete without  land Cruiser, siren, claxon, blinking lights and an arrogant chauffeur?