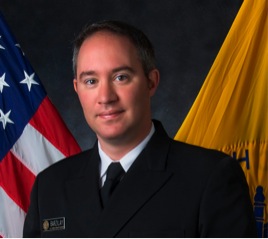 During the 2010 cholera epidemic in Haiti, all 10 administrative departments of the country had confirmed cases within 29 days of the first report, CDC researchers stated in The New England Journal of Medicine.

The cumulative attack rate was 6.1% within the first 2 years of the epidemic, according to data from the National Cholera Surveillance System, which was established by the Ministry of Public Health and Population in Haiti days after the first case was detected. The surveillance system, composed of both governmental and nongovernmental facilities, allowed data on stool sample tests, hospitalizations and deaths to be captured and analyzed.

“Anytime the international community witnesses a massive loss of life, particularly from a preventable disease such as cholera, we all grieve,” Ezra Barzilay, MD, medical epidemiologist with the Health Systems Reconstruction Office of the CDC, told Infectious Disease News. “In order for cholera to be completely eliminated, the international community must focus on both long-term infrastructure improvements for water, sanitation and hygiene, and robust laboratory and surveillance.”

“The data from the National Cholera Surveillance System has practical and policy-related uses,” Barzilay said. “Their useful outputs have helped direct clinical practice and interventions, informed need-based funding, afforded the Haitian government the ability to track the epidemic and update the global community in a timely fashion, and facilitated the mobilization of support from technical and donor organizations.”

Cholera epidemics have been documented in recent years, but the epidemic in Haiti was unique because of the damage to the water and sanitation systems resulting from the January 2010 earthquake, Barzilay said. In addition, cholera had not been seen in Haiti in nearly a century, thus the people of Haiti did not have acquired immunity from previous exposure to cholera.

The International Community…UN…etc have been playing a mind game, with the world, juggling statistics as Haitians become infected and die of Cholera as everyone denies responsibility.   Many cases are reported as Severe Diarrhea  to avoid raising the Cholera Count. However, people with “Severe Diarrhea” still die a horrible death, similar to the real Cholera.

The entire Haitian Cholera outrage should be treated as a crime against humanity.

Haitians die while MINUSTAH leaders live in luxury quarters, have warm showers, drink Culligan Water, and have access to the best restaurants. Why should they worry?