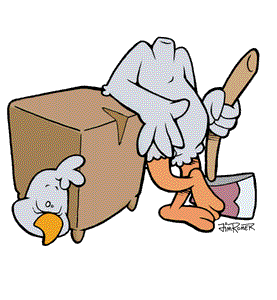 Antonio Rodrigue, Minister of Foreign Affairs, confirmed that due to serious budgetary problems (the Chancellery has ± $ 21 million of debt the new Government intended to reduce considerably the staff of the 49 diplomatic and consular missions around the world by nearly 66%.

The contractual staff of the diplomatic missions, recruited in their host country, will be the first to be dismissed. He does not exclude that missions that do not produce a spin-off for Haiti, be removed as well as embassies based in countries that do not have diplomatic representation in Haiti on the principle of reciprocity.

However, he emphasizes that the Government intends to support our compatriots in places where there are important Haitian communities and to create consular post, even if required of consulates.

On the expenditure side, the Government plans to reduce the monthly costs of its diplomacy by almost 50% from $ 4.2 million to $ 2.5 million.

For the implementation of this reform and staff reshuffle, several Ambassadors and other executives of diplomatic and consular missions of Haiti abroad were recalled including that of : Germany, Argentina, Bahamas, Belgium, Canada, Chile, Taiwan (Republic of China), France, Italy, Japan, the Dominican Republic, the Vatican, the OAS and UNESCO. Note that when a new government is set up, all Heads of Mission are considered to have resigned and the Head of State can either confirm them, transfer them or call them back.

Rodrigue emphasizes that, in addition to these cuts, it will be the implementation of a real reform, which will allow to have a much more dynamic and effective Haitian diplomacy at the service of the vision of President Moïse.