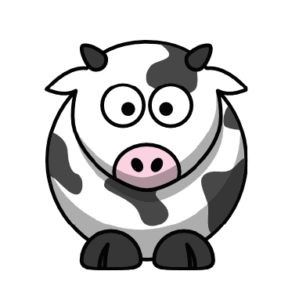 On the other hand, American Ambassador Pamela White  recognizing the insult to Martelly/Lamothe, Parliament and the Haitian people, started to leave the room.

When Martelly prepared to speak she remained.

Mirlande Manigat – MEGA MOO – has no respect for herself, her husband former-President Leslie Manigat, her political party or the Haitian people.  Although Leslie is slipping into Alzheimer’s one would expect a former-First Lady and presidential candidate, to maintain a certain decorum.  For some years, she has indulged her more animal instincts with Leslies’ students. I cannot think of anything more revolting, but some people will do anything for higher grades.

A few shots of Clairin probably helps to suppress the revulsion of the young men involved.

She criticizes Prime Minister Lamothe, suggesting that he has not been available to Parliament. My God, he has appeared before Parliament 10 times over the past months, more than any previous Prime Minister!!

People should be reminded of her high moral standing with regard to the elections that saw Michel Martelly win the prize.

She was originally fighting for something near last place, with a popularity poll of about 4%… yes, that is FOUR PERCENT!!!  When Preval entered the game. He paid Mirlande Manigat something like $6,000,000, gave Leslie a pension, did home improvements on her house, gave her a $150,000 armored SUV, and spent money on publicity for her campaign.

In return, MEGA MOO promised to let Rene Preval appoint her cabinet, giving him a chance to maintain continuity by controlling the government.

In the real elections – which finally occurred – Michel Martelly, Sweet Mickey or whatever flag we fly – managed to gain 85% of the vote – YES THAT IS 85 PERCENT OF THE VOTE!!!  Madame Manigat – MEGA MOO – actually got 15%. However, rather than embarrass this embarrassment to Haitian society, they gave her a greater percentage.

They should have released the  true votes, then people today would recognize her real value and influence on today’s ongoing situation – ZERO!!!

Or is MEGA MOO now in the pay of Aristide and Preval – yet again.

She is a little old to be a whore. Like anything else, once you get the taste, it is hard to break the habit.