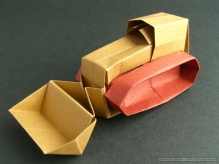 By Lesley Clark and Jacqueline Charles

PORT-AU-PRINCE — Disappointed by the slow pace of reconstruction since Haiti’s horrific earthquake 18 months ago, President Michel Martelly plans to announce a major shake-up Friday of the commission charged with the country’s recovery.

Martelly’s plan calls for reforms aimed at strengthening the 34-member panel responsible for disbursing $5.5 billion in promised aid. He also wants the group’s mandate extended by a year. The changes will be announced at a meeting with foreign donors.

The much-anticipated meeting will be the first time that Martelly speaks publicly about his vision for the Interim Haiti Recovery Commission — putting to rest speculation about whether the panel would be revamped or scrapped once its mandate expires in October.

It also comes on the heels of much criticism over the commission and Haiti’s sluggish reconstruction, both inside and outside of Haiti. In April, a report by the U.S. Government Accountability Office raised questions about the commission’s success, and its ability to help Haiti dig out from under the rubble. And while staffers say there has been much improvements since the report was made public, concerns remain about whether the IHRC is the right formula for helping Haiti recover.

Of the $3.2 billion in projects approved by the commision, only five have been completed, totaling $84 million. The approved projects are mostly in health, job creation, housing and shelter.

“The IHRC itself has become this extra entity outside of the government, and that is what we need to fix,’’ said Michele Oriol, an advisor to Martelly, who served as his representative on the commission before his election in March. “We have to say, ‘Ok this is an important forum to keep the momentum and focus on Haiti, but here is how we want it to function.’ ’’

And one way will be to ask the commission, and its co-chairs, former U.S. President Bill Clinton and caretaker Haitian Prime Minister Jean-Max Bellerive, to explore options for making the panel much more effective. For example, instead of only approving projects, Martelly and his team want to know if the commission can also implement them.

Oriol said while the previous government failed to defined its vision and priority for reconstruction, “honestly, we cannot say nothing was done.’’ But what needs to happen now she said, is more of a sense of Haitian ownership in the effort from including government ministries to educating the public about what the commission does.

Martelly’s advisors have been among some of the harshest critics of the commission, but commission staffers say they have been much more engaged in recent weeks. The president has even tapped a new executive director, Jean-Robert Estime, the son of a former president and close friend of former President René Préval, who is well-respected for his work in agriculture and restoration of watersheds in Haiti.

Still, even as some in the international community welcome Martelly’s enthusiasm for keeping the commission, he will have a difficult job convincing Haitian lawmakers to vote for the extension.

For two months, the president and parliamentarians have been in a political deadlock over Martelly’s choices for prime minister, leaving Haiti without a government. Members of parliament have been invited to attend Friday’s meeting, which was twice postponed because of the political gridlock.

“The tendency in the Senate right now is to wait and see,’’ said Sen. Francois Anick Joseph, a recently elected Haitian senator who represents Haiti’s Artibonite region. “We are requesting a complete report on what has been done, what needs to be done and how much funds is available for that. Senators want to get this kind of information before they make up their mind before approving the extension.’’

While some have called Haiti’s reconstruction painfully slow, Joseph said he doesn’t think “there’s anything to show for the money that has been spent. It’s been a waste of money.’’

“What’s needed in Haiti is a complete overhaul of the concept of international aid,’’ added Joseph, who would rather the funds go to the government to implement its priorities rather than to non-governmental organizations. “As long as we keep doing things the way we are doing them, we will keep getting the same results.’’

So far, calls for changing the way the international community provides aid to Haiti have been dismissed by foreign diplomats and U.S. lawmakers, even as they criticize the effectiveness of aid in Haiti.

“I’ve never seen anything like it,’’ said Chaffetz, who made a quick visit to Haiti in April. “I recognized that it was poor to start with but I can’t see quantifiable results and it’s totally unacceptable. Celebrities jumped to the forefront to get in the front but they never followed through. I think everyone should go back and start asking questions to put faces in front of the camera.’’

Maxine Waters, D-California, meanwhile, has questioned the ability of the Martelly administration to steer Haiti’s recovery.