PORT-AU-PRINCE — A newly inaugurated Michel Martelly promised Saturday to catapult his disaster-prone homeland into a modern era where education will be free and obligatory, and roadblocks to change will not be tolerated.

“We are going to change Haiti. We are going to remake this country,’’ the former musician said, speaking forcefully on the grounds of a broken National Palace, dressed up for his inauguration as Haiti’s 56th president. “We cannot continue with this humiliation of having to extend our hand for help all of the time.’’

Formerly known by the stage name “Sweet Micky,’’ Martelly, has come to embody the hope of many disenchanted youth. In a speech that promoted job creation, security and promoting Haiti’s cultural riches, he emphasized strong leadership. His, he said, will be a presidency that will not tolerate anyone blocking change, or using instability to prevent investments.

“If anyone thinks they will come do disorder, you are going to come do mess, loot and burn, create instability,’’ he said, “I regret this for you because justice will deal with you.’’

With no security, Haiti cannot have stability and development “to get out of the misery so we can live another way,’’ he added.

More than 2,500 people were invited to hear Martelly’s first presidential address. And while lots was made about his inviting all eight of Haiti’s living ex-presidents to the event, only two — Ertha Pasal-Trouillot and René Préval — showed up. Neither former presidents Jean-Bertrand Aristide nor Jean-Claude “Baby Doc’’ Duvalier received formal invitations, people close to each told The Miami Herald.

The audience also included more than 100 foreign dignitaries. Among them was former U.S. President Bill Clinton, who serves as co-chair of the Interim Haiti Recovery Commission. Also present were the presidents of the Dominican Republic, Suriname and Honduras, and the Prime Minister of Jamaica.

While invitees sat in white-covered stands on the palace’s transformed grounds where the broken dome served as a stark reminder of the work ahead, thousands watched from the streets. They peered through the wrought iron green gates as some in the crowd demanded former President Préval’s arrest, and jeered when Martelly acknowledged him and members of the controversial Provisional Electoral Council as part of a lengthy introduction.

“I hope he can do it, but you never know who will change the country,’’ said Wilmine Desir, 25, who is unemployed.

Colin Abraham, 26, was more certain saying Martelly will help Haiti’s youth, who make up more than half of Haiti’s 10 million citizens.

“We have given him power so he can remove all of the people from underneath the tents and he can create jobs for all of the country’s youth,’’ he said. “If he doesn’t succeed, it’s because parliament is blocking him and we’ll block them, too.’’

A popular musician, Martelly had long ago crowned himself president. But then he was president of konpa music. Saturday morning, he became president of Haiti, forced to take the Oath of office in near darkness after a power failure inside the building constructed for the ceremony.

As Martelly and Préval sat side-by-side, the two shared a few jokes. Though they differ politically and in style, they are friends. Martelly reminded Haitians that Préval, 68, made history. He is the only president in 207 years to have served and completed two presidential terms, and the first to peacefully transfer power to a member of the opposition.

With only camera flashes illuminating the room, Martelly swore to obey the constitution of Haiti, a country wrecked by disaster and instability, and struggling to dig itself out from the devastation of last year’s 7.0-magnitued earthquake.

He then received the red and blue presidential sash, signaling the symbolic transfer of power. As it was placed off his shoulder, Martelly appeared at a loss for words.

With the parliament, presidential palace and National Cathedral all destroyed in the quake, which claimed more than 300,000 lives, the $4.5 million inaugural ceremony took place beneath new structures draped in the Haitian flag colors of red and blue.

“Great, great, great,” First Lady Sophia Martelly, dressed in a royal blue two-piece suit, said about how she was feeling as she, Martelly and their children left parliament for the palace.

“Personally, I’m very happy for Haiti, and I hope we can have some reconciliation” going forward, he said.

“The new president has generated energy, optimism. There is really a lot of hope for this new mandate that we can see progress and finally projects of reconstruction taking place,’’ Auza said.

Auza’s call was further echoed by the Monsignor Louis Kebreau, who led the traditional mass on the grounds of the palace. Reminding Haitians of the country’s turbulent history of starting over each time a new government takes office, he called for reconciliation and a new social contract among Haitians.

“The people have a profound desire for radical change in governance,’’ he said. “Keep what is good, get rid of what is bad.’’

He told Martelly that he needs to be the president of all Haitians.

“The time has come to become reasonable to seek the way to liberate ourselves from economic and political dependence,’’ he said. “The time has come for a national dialogue, which can help us have sustainable development.’’

And striking a nationalist tone, he told Haitians “the time has come for us to get back our destiny, which was put up for loan, and our sovereignty.’’

“To see a democratic transition from one former president to another president is a great achievement for Haiti,” said Alain Le Roy, Under-Secretary-General of the UN Peacekeeping Operations.

During the Nov. 28 first round of elections, a dozen candidates, including Martelly, stopped the vote mid-day, demanding cancellation amid allegations of “massive fraud.”

The United Nations came under fire by those demanding cancellation. It was responsible for technical and logistical support.

It later took the lead in the international community to salvage the elections by demanding that Préval remove his candidate, former state construction chief Jude Célestin, from the race.

The two-month electoral crisis finally ended with a second round between Martelly and former first lady Mirlande Manigat. Martelly won with 67 percent of the vote.

But with most of the 4.3 million voters staying home, and his victory representing just 16 percent of the electorate, Martelly has a difficult road ahead.

Preval showed what a piece of garbage he really is. The small-minded Preval had the power cut off during Martelly’s speech. He had used this ploy against enemies, in the past, including Jacques Alexis, when there was a problem with that Prime Minister.

Martelly pressed on and completed the speech but must have filed away some personal thoughts, about the man he has replaced.

Preval, guilty of many crimes, including the murder of a French Consul, is really playing with fire.

Radio Signal FM presented a program in which each of Prevals murder victims was named.

Many expect – hopefully – that he will be arrested on Monday, but there is little chance of this.

The man is really a cynical pice of ordure.

And now, it is suggested that Preval and Aristide are trying to take over the Ministry of Education. This would be a suicidal move, for Martelly, if successful. Martelly has education as one of the cornerstones of his government. Preval and Aristide, if they control the Education Minister, could make sure Martelly failed… 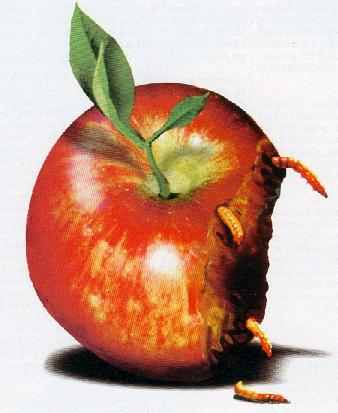