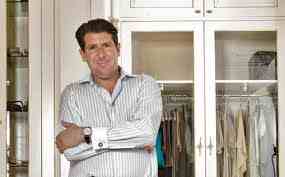 A South Floridian has assembled celebrities, activists and fellow entrepreneurs to redevelop Haiti as a hip tourist destination.

Men are hammering away to restore an historic old building to its former glory. Capponi is holding forth about the amazing vibe the place has, comparing the semi-derelict building to Ernest Hemingway’s famous old Key West residence, which is a popular tourist museum.

“Visitors will enter here,” he says, treading over rubble-strewn debris. “We’re keeping it very traditional-Caribbean style; brick built, open to the outside, no air-conditioning.”

The 39-year-old Capponi, who made his name in the early ’90s on SoBe with a string of nightclubs, is in his element. Famous for promoting venues like Warsaw, Amnesia, B.E.D. and LIV, he knows “the secret sauce,” as he calls it – ambience, energy, big-name people – required to create a new in scene.

And that’s not all. Capponi’s new mission involves fixing up a whole city – if not the entire country.

“I think we can revitalize this country completely and make it a place people want to visit,” he says. “It’s doable.”

Until last year Capponi had never set foot in Haiti. But on Jan. 17, 2010, five days after a devastating earthquake hit southern Haiti, killing an estimated 250,000 people, he found himself on a private jet with a relief team he assembled of doctors and a dozen Miami Beach firefighters. It wasn’t a new role for Capponi, who had long been involved in humanitarian causes.

The experience marked him for life.

Capponi has been back 32 times. At first it was as just one of the many relief workers. But that soon evolved into a deeper commitment. He bought 700 tents and built a camp for 3,000 homeless earthquake victims in the capital Port-au-Prince, paid for by several fundraisers Capponi organized with the United Way of Miami-Dade, of which he is a board member.

Now he has gone one step further. Frustrated by the slow pace of the international recovery effort and his desire to resettle the tent city dwellers, Capponi has launched a tourism redevelopment project in Jacmel, a quaint town on the south coast known for its local artists and papier-maché handicrafts.

The idea was born last December when he was invited to visit Jacmel by actress Maria Bello and her friend, venture capitalist Reza Bundy. He saw the potential right away, and immediately began creating a new vision for the historic downtown district. In no time he had teamed up with Haitian business leaders eager to see the town reborn.

Within weeks Capponi had architectural plans ready, as well as a rendering of how the new Jacmel might look. Next he began bringing families from his tent camp in Port-au-Prince to a new camp in Jacmel financed by the United Way and the Miami-Dade County League of Cities.

Capponi’s project has since mushroomed into a plan to redevelop the city and the surrounding coastline, involving a group of American and Haitian activists and entrepreneurs, all united in the quest to rebrand the country as a hip tourist destination.

“This is a dream come true. We want to be a Caribbean cultural destination,” says Yanick Martin, the director of the state’s regional tourism office, who owns an art gallery in Jacmel.

“Michael has developed this crush on Haiti,” says Danielle Saint-Lot, a former tourism minister who lives in Jacmel. “What’s interesting about Michael’s project is that it has a concrete business perspective. That’s what we needed, his business approach.”

Some of the group have been involved in Jacmel for some time, including Bello and New York film director David Belle who runs a film school in Jacmel, the Ciné Institute. Others, such as legendary designer Donna Karan and tennis star Venus Williams, were introduced to Haiti after the earthquake, along with Capponi.

“Michael seems to have found his calling,” says Miami Beach commissioner and condo lawyer Michael Gongora. “He’s been through a lot of adversity and he clearly wants to give back.”

Capponi’s character was molded by the school of hard knocks.

He began working for nightclubs at 15, organizing private parties, racing up and down Washington and Collins on his skateboard posting fliers. By his own estimate he was earning as much as $10,000 a month before he even graduated from high school.

But his drug habit spun out of control and by the winter of 1995 he wound up homeless on the streets of New York, before he accepted the offer of a plane ticket from his father to enter a methadone program in Belgium.

His treatment had barely begun before he collapsed in a coma and was diagnosed with a brain tumor. The tumor was benign, though removing it required major surgery and three months in the hospital. As if that wasn’t enough, while he was recovering his father had a stroke and died.

That was when Capponi decided to turn his life around. After a detox period in Canada he found himself drawn back to Miami Beach.

“I helped make Miami Beach part of what it is and I left in disgrace,” he says over a plate of conch at a Jacmel hotel overlooking the bay. “I had to come back and fix that.”

In 2005, he started the Capponi Group, which includes construction, design and development components.

He also threw himself into community activity, especially with the homeless. “Michael is wonderful. He has a lot of compassion,” says Marilyn Brummitt of the Miami Rescue Mission, which runs three centers for the homeless in Miami-Dade and Broward counties.

Combining his work with the homeless in Miami and Haiti makes perfect sense, he says.

“Living in a material, lavish world you’re not always that comfortable with it, but then you go back to Haiti and you see how that is and you’re very appreciative of what you have…. It puts a full perspective on everything.”

In Jacmel, he has his hands full. “The first thing we are going to do is clean up the beach,” he says driving over the litter-strewn sand in a rented land cruiser, as, nearby, a number of goats and pigs nose through the trash.

“I see the road paved and a bar over there,” he says, pointing to some thatched huts under palms swaying in the salty breeze. The city’s only beach hotel, La Jacmelienne, sits empty.

Capponi and his partners have already begun work on restoring a 19th century former coffee sorting house on the Jacmel seafront and making it into a 44-room, boutique hotel. The project includes a spa, adjacent shops, including a French patisserie, and a tourism information center to promote local attractions including hiking tours to local waterfalls, horseback riding, boat trips to picnic on out-of-the-way beaches, scuba diving and water sports.

A second-floor infinity-edged pool, above the old coffee sorting pits, will offer a spectacular view over the bay. The hotel will also feature a Venus Williams tennis academy with its use split between hotel guests and an after-school program for the local kids.

The hotel is scheduled to open in November as the first phase of the project. “Donna [Karan] loves it. She was walking through here the other day saying, ‘I’m picking the colors right now, and the furniture,’ ” Capponi says.

Karan is also working with local artisans to develop lines of handicrafts to sell to tourists, as well as exporting to her high-end outlets in the U.S.

Capponi persuaded Haitian hip-hop artist Wyclef Jean to fund a hospitality school to train local Haitians for the coming tourism boom. Meanwhile, Belle plans to expand the Cine Institute into a full-fledged university for the arts.

The restoration of Jacmel could provide a new sustainable development model for Haiti, Capponi believes.

While he supports the multi-billion dollar efforts of foreign governments and aid agencies to reconstruct Haiti, “it became apparent to me that you can’t keep giving people stuff for free,” Capponi says. “We need to make a gradual shift from charity to empowerment. We need to empower the people of Haiti.”

To learn more about Jacmel go to www.discoveringhaiti.com. Also visit poder360.com for a picture gallery and film about the project

David Adams is the U.S. and Miami editor of Poder magazine.