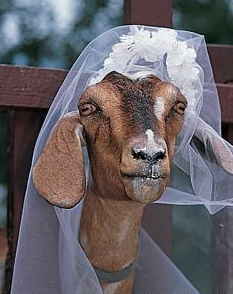 MADAM MANIGAT HAS A NEW LOVE INTEREST AS HUSBAND LESLY LOVES POWER SO MUCH HE IGNORES THE TRUTH. February 26, 2011

It is really difficult to visualize the fat, elderly, self-proclaimed intellectual Sorbonne affiliate, rutting with a somewhat younger associate, but it seems to be true after a staff member, trying to deliver a press release, caught them in flagrante delicto.  The staffer was traumatized and will seek counseling,   so  frightening was the multi-headed apparition that he has now abandoned intimate relations with his wife and may join the priesthood. . . .

His psychologist/counselor was so upset that he has abandoned his profession and sought  political asylum at the Dominican Embassy in fear than Manigat might win. The Dominican ambassador, on hearing the truth, has asked Fernandez to sever diplomatic relations with Haiti, before the reality of a Manigat presidency emerges.

Mirlande Manigat has abandoned all claim to intellectual ….and now personal integrity as she wallows with her cocaine campaign cash provider Eric Jean-Baptiste, owner of PERE ETERNAL BORLETTE,  and candidate for Magistrate, Correfour…All of this as her husband, ex-President Lesly Manigat sits quietly  ignoring reality, so important is the taste of power he can avoid this public humiliation under the same roof, perhaps in his own bed.

When contacted for his comment, Eric Jean-Baptiste said…”A man’s got to do what a man’s got to do…” bringing a new phrase to Haiti’s electoral process.  Some would say there are limits…but Jean-Baptiste obviously knows no limit, otherwise an intimate relationship with this big moo  would be beyond the realm of possibility.

Mirlande was heard chanting… “Use it or lose it…” There must be a message here.

Mirlande Manigat’s campaign is coordinated by major cocaine operatives, Anthony St. Pierre, Youri Latortue, and Eric Jean-Baptiste.   So far the other two have managed to avoid a ménage e trios but who knows what the next few days may  hold, as everyone jockeys for positions, political, not sexual.

All Mirlande needs to do is drop her drawers and flash the crowd.

That revelation, in itself, would be a massive measure towards Haitian birth control as  many of the frightened viewers decide to abstain.