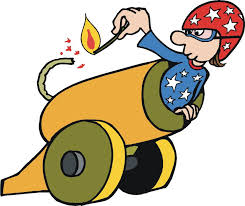 Four years ago this month an earthquake devastated Haiti, causing the deaths of as many as 316,000 people.

I flew to the country four days after commercial flights were allowed to land there again. It was my first trip to Haiti and it was my first experience with a big natural disaster — and it was overwhelming. I saw destruction and death that most people could never imagine unless they were there. But the resiliency of the Haitian people made me fall in love with them.

Following the earthquake, I led the formation of the “One Team for Haiti” campaign, which brought together the players associations from the NFL, MLB, NBA and NHL to promote relief and recovery efforts in Haiti. Since then, I have worked through numerous local and international partners in Haiti to use sport as a catalyst for change.

But the days and months that followed the earthquake brought a lot of false hope. A lot of money was sent to Haiti, but a lot of it wasn’t disbursed in a timely manner and a lot of it didn’t get in the right hands to make real change in that poor country.

In my eight years of working in global development, I am often forced to ask myself: “Where is all of the aid going?”

The Office of the Special Envoy for Haiti reported that $3.81 billion of relief and recovery aid was sent to Haiti, but only 64 percent had been committed or disbursed 18 months later.

On top of that, some aid agencies use portions of the funds they raise during conflicts and disasters for initiatives apart from the problem for which they said they were raising money. It is also misleading that some major fundraising campaigns are focused on raising money for work that has already been completed and not necessarily for future or current relief. For example, The Associated Press reported that out of the $379 million the U.S. sent to Haiti for relief, 33 percent went to reimbursing ourselves for sending the military to Haiti.

My hope is that these agencies and other major relief programs begin to have a bigger focus on sustainability — a long-term answer to problems in countries like Syria, Central African Republic and Haiti that can only be accomplished by stabilizing governments and cracking down on corruption.

Pouring billions of dollars of resources into countries run by unstable and corrupt governments only creates bigger problems and can at times even give the governments more power while offering only temporary relief to the people.

Fortunately, things are getting better in Haiti. Four years after the earthquake, the country’s streets are cleaner, the people have remained peaceful, and overall conditions have improved. I credit this to a new attitude in the Haitian government, which includes a lot of younger leaders. But unfortunately, there is still a long road ahead and generations of corrupt practices to correct.