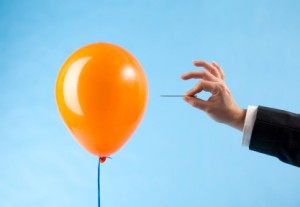 PORT-AU-PRINCE, Haiti (AP) — A large crowd of supporters of former Haitian President Jean-Bertrand Aristide marched Tuesday through the capital on the anniversary of a 1991 military coup that ousted the country’s first democratically elected leader.

Thousands of supporters tried to march from the church where Aristide led services as a Catholic priest to his house. But police fired water cannons and tear gas to disperse them before they arrived at the home.

The march marked the date that the military ousted Aristide less than a year into his first term as president. It comes amid fears he will be arrested for failing to heed a court summons to testify in a corruption case.

An investigative judge issued an arrest warrant in August after the former president did not attend a hearing looking into allegations that include money laundering during his time in office. Aristide’s lawyer has said the summons was not properly served and he has sought to quash the warrant.

Haitian police have been stationed outside the walls of Aristide’s home but so far have not moved to carry out the warrant.

The former president, who was ousted again in a violent rebellion in 2004, has rarely ventured outside his home since returning from exile in South Africa in 2011.

COMMENT: HAITIAN-TRUTH.ORG
Aristide managed to put several hundred people on the streets during the September 29 anniversary of his removal from power, September 29, 1991.
Writers who continually misstate Aristide’s support, do nothing for Haiti.
We will publish photos we took, of the Aristide crowd, and compare it with the truly massive crowd that  Prime Minister Lamothe drew in Jermeie lately.
There is REALLY a lesson here.