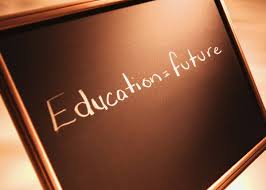 BOSTON, April 17, 2013 /PRNewswire/ — Speaking today at Boston’s Massachusetts Institute of Technology (MIT), Haiti’s Prime Minister Laurent Lamothe lauded the history-making approach of the MIT-Haiti Initiative in addressing one of Haiti’s most significant agenda concerns: Education. Thanks to the MIT-Haiti Initiative, innovative technology-enhanced resources for improving science and math education will be developed and disseminated in Kreyol, Haiti’s primary language.

“An important priority of our government is to improve educational quality and access,” said Lamothe. “The MIT-Haiti Initiative is demonstrating this by coupling, for the very first time, state-of-the art educational technology and open online resources with Haiti’s national language of Kreyol.”

The MIT-Haiti Initiative consists of a total of $1,310,811, including $1 million from the U.S. National Science Foundation and donations from the faculty and staff at MIT and Haiti. It exemplifies the new investment-driven approach to nation-building embraced by the Martelly-Lamothe administration. “Investments such as this, leveraging new digital technologies for capacity building and sustainable socio-economic development, prepare Haitians to stand on their own,” said Lamothe.

While foreign aid has long been an important source of state revenue for Haiti, the current administration, under President Michel Martelly is working to balance foreign aid with foreign direct investment. “The goals of the MIT-Haiti initiative are aligned with our stance of modern education for all Haitians as a step toward sustainable development,” said Lamothe. “By harnessing the power of technology, open education resources and Haiti’s national language, this initiative will help modernize and democratize education in Haiti.”

Lamothe stressed that for Haiti, the most productive partnerships involve long-term, mutually enriching collaboration such as the MIT-Haiti Initiative. “In today’s world, we in Haiti do not have to go it alone when improving our educational systems,” said Lamothe. “The collaboration in the MIT-Haiti Initiative should become a model for how institutions in Haiti and abroad can collaborate toward improving education and research on a global scale and toward sustainable capacity building–thus narrowing the digital divide and other global inequities.”

MIT was the first stop on a multi-university speaking tour targeted to developing ties with institutions of higher learning in the U.S. as a means of improving education in Haiti. The Prime Minister was invited to MIT by Mr. Rafael Reif, and will be speaking at Harvard, Columbia, the Center for Strategic and International Studies and other important centers of higher learning throughout the tour.