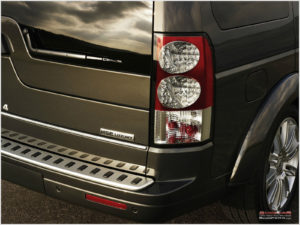 Lamothe, who gave up the lavish motorcade he inherited from his predecessor, says the government, which is promoting a “preferential option for the poor”, must set the example.

“I don’t think a minister or myself, as Prime minister, needs a pricey, luxurious car to come to work, while our responsibility is to use our meagre resources to fight poverty,” Lamothe told the Port au Prince-based Haitian-Caribbean News Network (HCNN). “I set the example by giving up my own motorcade for a more modest one and I feel good about it. So, I want members of the government to avoid buying or driving those luxurious vehicles which do not match the philosophy and social guidelines of the government.”

Most government ministers and other high-ranking officials have already complied with the measure, but a few others still have to follow suit.

“It should be very clear for all those who are part of this experience with us. Our priority is the most vulnerable, because the country will not achieve progress if the living conditions of the poorest remain the same,” Lamothe insisted.

Lamothe said the government is implementing very scrupulously, the vision presented by President Michel Martelly who made the fight against poverty a priority of his administration.

“We are here to land on the ground, in the communities, president Martelly’s vision which is to lay the foundation and fight for significant poverty reduction in our country.

“We are doing so by boosting investments for job creation, fighting corruption and waste, and by directly assist the population through our social programs,” Lamothe added. Caribbean Media Corporation