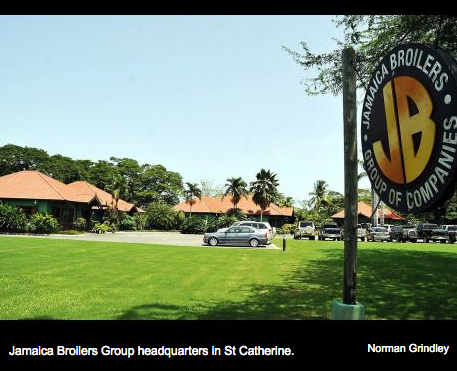 The Haiti operation of the Jamaica Broilers Group are substantial enough to now be classified as its own geographic segment.

That decision was put into effect over seven months ago, and now the poultry company has followed that up with an increased stake in the operation.

Jamaica Broilers bought up an additional four per cent of the business, which takes its stake to 72 per cent in Haiti Broilers SA. However, Group President & CEO Christopher Levy declined to disclose the terms of the deal, which was struck back in October, and the reason for the additional acquisition. He would only say that the minority Haiti partners, of which there are two, were the ones selling the shares.

Haiti was stripped out of the geographic segment called ‘other Caribbean’ effective April 29, 2018. In the half-year ending October, Haiti Broilers contributed sales of $1.17 billion to the group, for which total revenue topped $25.7 billion in the same period.

Jamaica Broilers retains the ‘other Caribbean’ segment in its reporting, although its last two quarterly financial reports show that Haiti Broilers, which has a 34 per cent share of that country’s table eggs market, was the driver of that geographic block.

Haiti and the other two main segments – Jamaica and United States – all increased sales in the period, but Jamaica Broilers saw only a modest uptick in group profit, from $644 million to $658 million, due to other developments inside the company that led to a weak second quarter.

In the August-October period, profit dropped 47 per cent to $230.89 million even as sales climbed by $2 billion to $13.5 billion in the period. Jamaica Broilers blamed foreign exchange translation losses as well as expenses linked to the new acquisition of a feed mill in the US for the decline.

Within the period, the Jamaican dollar appreciated by nearly $7, according to central bank data.

As to Haiti’s performance, Parsard anticipates that the pace of growth will slow in that market.

“We expect to continue to grow Haiti, but it will happen at a smaller pace. We’ve been doubling production every year over the last three years, and we estimate that this will be in the order of 10, 15 or 20 per cent going forward,” Parsard said.

Notwithstanding that Haiti has been given its own segment, no other plans are on the cards for that market, the senior VP said. The operations there are headed by Larry Alexander.