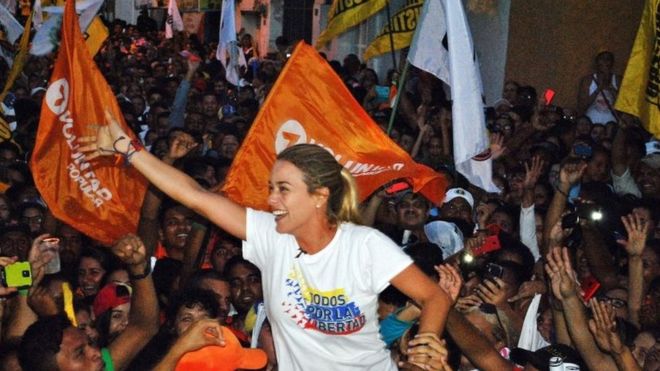 A regional opposition leader in Venezuela has been shot dead at a campaign rally less than two weeks before parliamentary elections.

The Democratic Action party says Luis Manuel Diaz was killed by a man who approached the stage after a public meeting in central Guarico state.

President Nicolas Maduro denied this and said an inquiry had been launched.

“The interior ministry has strong indications that it was a clash between rival criminal gangs,” said Mr Maduro.

“Whatever happens, the Venezuelan people will go to the polls on 6 December, and we will win”, said Mr Ramos Allup in a press conference. 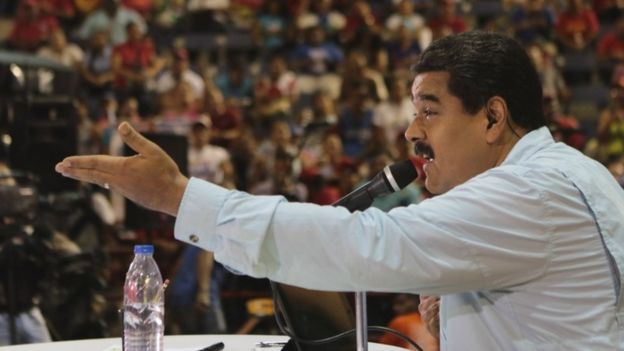 “It is important that people do not get intimidated.”

Mr Ramos Allup initially tweeted that Mr Diaz had been killed by gunmen who shot from a passing car.

He later rectified and said the shots came from a gunmen who came close to the stage after the rally.

Mr Maduro responded to Mr Ramos Allup’s comments by telling him to produce evidence to back up his accusations.

“We must not jump into conclusions,” said the president.

“And let us not accept any type of provocation!” he urged his supporters during a rally.

Election monitors sent to Venezuela by the regional bloc Unasur condemned the killing in the town of Altagracia de Orituco. 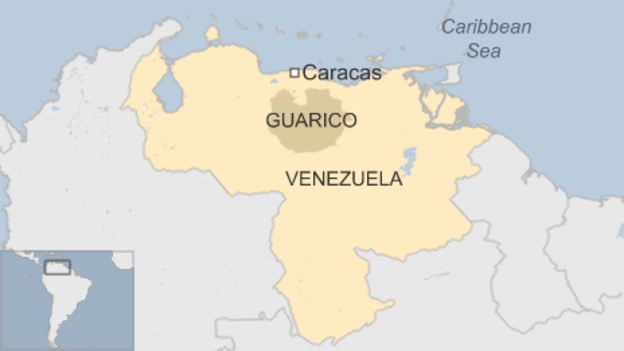 “We express our most energetic rejection of all types of violence which could affect the electoral process,” they wrote on Twitter.

He called for a thorough investigation “to identify the perpetrators and tackle impunity”.

Opposition politicians say their candidates have been attacked on numerous occasions in the past weeks.

Miguel Pizarro, an opposition politician running for re-election in Caracas, said he was confronted by armed men who shot into the air in the neighbourhood of Petare on Sunday.

Miranda state governor Henrique Capriles said he was attacked by a group of masked men in the town of Yare earlier this month. 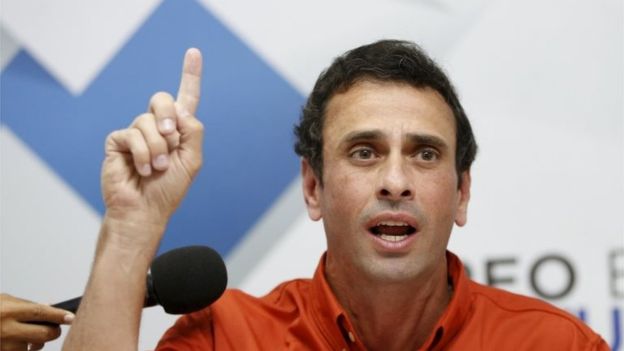 Mr Capriles said the men, who he alleged were government supporters, had opened fire to stop him from holding a campaign rally.

The government has denied any involvement in any of the attacks and accused the opposition of trying to provoke PSUV supporters.

The PSUV currently holds a majority of seats in parliament.

But some recent opinion polls suggest that if the elections set for 6 December were held now, the opposition coalition would win convincingly.