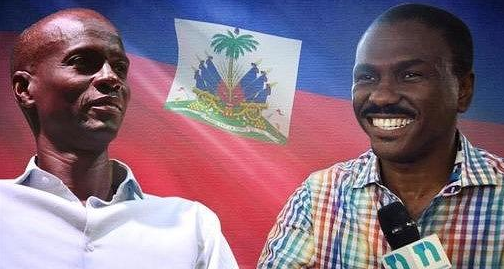 A longtime presidential adviser and administrative law professor has won approval from Haitian lawmakers to take full control of the country as prime minister, and lead Haiti to the election of its next president.

Lawmakers approved Prime Minister Enex Jean-Charles’ general policy statement and new government during back-to-back confirmation hearings that began Thursday in the Senate and ended before sunrise on Good Friday in the Lower Chamber of Deputies.

The favorable votes in both chambers end one chapter of political uncertainty but open another, as it increasingly looks likely the country won’t be able to meet next month’s April 24 deadline to transfer power from an interim president to a democratically elected one.

“Only stable institutions and a governance system that enjoys democratic legitimacy can address the challenges that Haiti faces today,” the U.N.’s top envoy, Sandra Honoré, said before the vote.

After passing the Senate 20-0, an emotional Jean-Charles thanked senators and acknowledged the challenges ahead. “I want you to know that I don’t consider this vote to be a blank check,” he said.

A longtime behind-the-scenes player in Haitian politics, Jean-Charles has served as a presidential adviser to several presidents including René Préval and Michel Martelly. He emerged as prime minister after deputies on Sunday rejected the policy statement of U.S.-educated economist and former head of the central bank Fritz Jean.

Jean’s rejection forced interim President Jocelerme Privert to quickly find a replacement to help him head his 120-day administration, as the international community grew increasingly frustrated with Haiti’s political uncertainty and the delays in implementing a Feb. 5 political accord guiding the process. While paving the way for former President Michel Martelly’s Feb. 7 departure from power, the accord also set deadlines for getting Haiti back to constitutional order.

Jean-Charles told the Miami Herald that despite the delays, he believes the accord remains valid in helping restart the interrupted electoral process. He acknowledged that a new elections timetable, however, will most likely need to be set.

As his first order of business, Jean-Charles said he will work with Privert to quickly publish a presidential decree establishing a revamped Provisional Electoral Council, that until now couldn’t be named because of the lack of a functioning government. He also promised to push the new council to hold to a May 14 deadline for the swearing in of a new president.

Jean-Charles said he will also ask the council to apply the “technical recommendations” of an electoral commission charged with evaluating the Oct. 25 presidential vote, and a fraud- and violence-marred Aug. 9 legislative first-round.

That commission’s damning reported noted that the elections were plagued by egregious irregularities and a high presumption of fraud. It recommended that sweeping changes be made to the electoral machine in order for the process to continue. It also said more in-depth verification by elections experts was needed to address local observers’ and opposition claims of “massive” fraud.

Whether that verification takes place, and how it is handled, will ultimately determine how soon Haiti can get back to having a democratically-elected government. During the hearings, Jean-Charles carefully steered clear of any promises for “a vote verification,” but opposition lawmakers and local elections observers have been insistent that no second round can be held without one.

But some parliamentarians, facing questions about their own elections, are adamantly opposed to a recount.

“You will apply the technical recommendations of the commission,” Sen. Youri Latortue told Jean-Charles.

Martelly’s presidential pick, Jovenel Moïse, has also voiced objections to any further verification, and has called for elections to happen as quickly as possible. Foreign diplomats have issued a similar plea, noting that four different vote evaluations by the Organization of American States all have had the same outcome: Moïse in first place followed by Jude Célestin, the former head of the state construction agency.

Diplomats worry that a more in-depth verification could prolong the provisional government’s tenure in office or lead to cancellation of the vote.

Under the Feb. 5 political accord, the interim government should last no more than 120 days from its signing. But that didn’t seem to matter to senators and deputies, who used the hearing to complain about problems in their own constituencies, while calling on the new government to quickly redress the economy, agriculture and the environment, and to establish long term public security.

Whether the government can achieve any of this and create a climate of confidence as Jean-Charles promised will depend on its ability to quickly get moving and work together. Many of the new ministers are relatively unknown, and as late as Thursday afternoon negotiations between Privert and the Senate led to last-minute changes.

Prior to the Senate vote, three new cabinet appointments were made. Among them: former presidential candidate Aviol Fleurant was made planning minister, and Camille Edouard Jr. was given the job of justice minister, replacing Florence Elie, the head of the Office of Citizen Protection who had been nominated by human rights groups.

One controversial appointment is that of education minister Jean-Beauvoir Dorsonne. Dorsonne was a candidate for deputy in the constituency of Verrettes✔ in 2010. During Dorsonne’s electoral bid, police arrested a close campaign supporter of his holding a dozen electoral cards.

Those were their words.

Following publication of the commission report,  the report was ignored and some people yelled fraud.