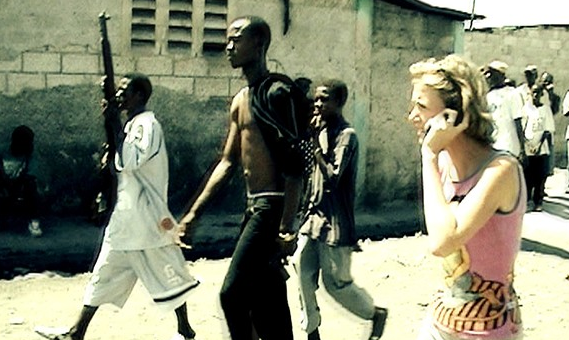 ‘The Ghosts of Cite Soleil’ is a devastating visual document of the catastrophic state of the human condition.

I had heard faint murmurings from the grapevine about a young, first-time Danish director Asgar Leth and his purportedly excruciating and devastating cinematic excursion into the depths of depravity; the slums of Cite Soleil or “City of the Sun” in Haiti. The film was called The Ghosts of Cite Soleil, named after “the most dangerous place on Earth” by the UN and in less polite company as the “asshole of the world”.

On a balmy Thursday evening, I set out to the Laemmle theatre on Sunset Boulevard to witness this underground phenomenon for myself. The film opened with an establishing shot of a gorgeous, seductive Caribbean sunset, the kind that you watch silently and longingly with one arm around your woman, the other one resting on the sand… and later spend the rest of the night making up for all that silence and longing.

So far so good, I said to myself, nothing too painful about that. My senses were lulled into a dreamy post lunch torpor accentuated by Wyclef Jean’s lilting melodies. It was a good life. And then the whole world turned to shit. The next second I was unapologetically hurled into a sea of loud, angry, half naked African bodies, cacophonic patois French voices and aggressive, obnoxious, in-your-face gangsta hip-hop. The camera weaved around this schizoid tapestry like a crazed black mamba on a huge dose of angel dust. And from that point on did not let me go.

It was a waterfall, an avalanche of visceral sensations, a deep tongue kiss with Medusa at the very bowels of humanity, a place where Satan only goes after a hundred hits of crack cocaine. I soon realized I had been flung into the largest slum in Port-au-Prince, “Cite Soleil”, a volatile community of half a million tormented souls. 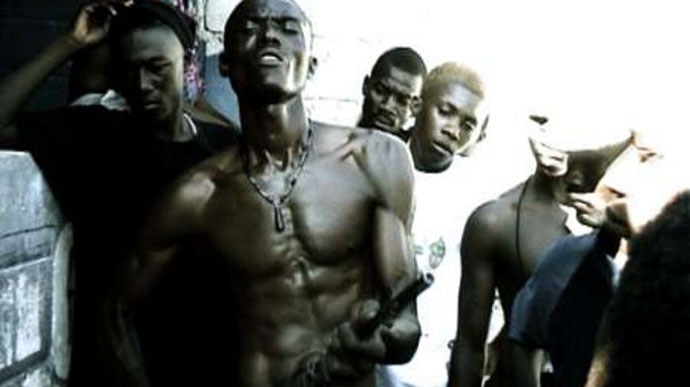 That beautiful Caribbean sunset had been wiped off the face of the earth for good. Director Leth has been able to go where no man, angel or demigod would dare to. His camera is at times a lover and at times a friend to that which has been shunned, forbidden, forgotten and left for dead at the very fringes of the human condition. To that where even the vultures shudder to venture for fear of being preyed upon themselves.

We are taken into the world of two brothers, Tupac and Bily who are gun waving, doped up gang lords or “Chimeres” (ghosts) in the “City of the Sun”. They are called ghosts since it is taken for granted that they will not be around too long and in a sense are already dead.

It is the time when the largely corrupt and exploitative Jean Bertrand Aristide is in power and arms the Chimeres to enforce his own brand of power. Indeed they are creations of a beast that feeds off its own offspring, the monstrous European colonial machinery that was responsible for dumping African slaves in Haiti in the first place.

The whole film takes place in real time, everything that we see and almost smell, touch, and feel unfolds before our eyes; the battles with rival gangs, manipulation by corrupt officials, the love affair between French nurse Lele and one of the protagonists Tupac (named after the murdered American rapper) and feverish telephonic pitch sessions with famous fellow Haitian Wyclef Jean (the gang lords also happen to be aspiring and highly talented hip hop artistes). We are invited to witness births, deaths, anger, lust, jealousy and at times, miraculous laughter. 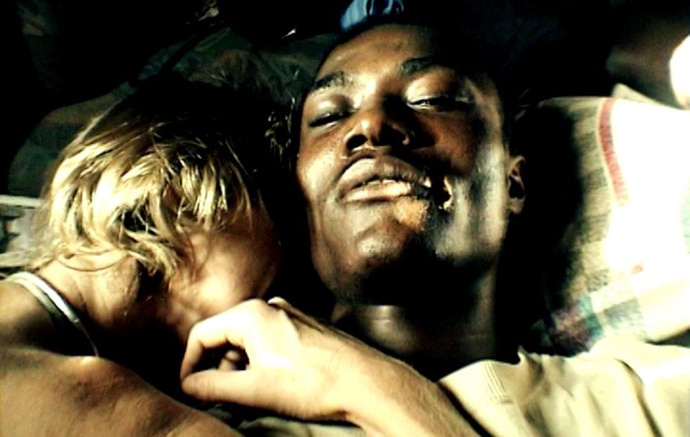 It is not just access we are talking about here, the inhabitants of this universe open up to the filmmaker like their most intimate companion, their soul mate in a world that does not acknowledge the existence of one. He documents their bonding and camaraderie as well as hatred for each other, their celebrations and mourning, their deepest despair and their fondest hopes, their most depraved moments and their loftiest ideals. He is ONE with their universe and we wonder how he managed to get out in one piece.

The camerawork is jarring and disorienting with no importance given to aesthetic conventions, rather it externalizes the internal state of our protagonists by deliberately agitating the viewers through the use of extensive handheld work, close ups, jump cuts and constant, hyper-caffeinated movement in all directions. The format is grainy, low res, and cheap, shot in natural light, for both day and night and sometimes in pitch darkness with just the use of a flashlight, and clearly has the desired effect.

We are told towards the end that both brothers were killed in 2004 and their lover, the French nurse Lele went back to Paris. Needless to say, even though Jean Bertrand Aristide is no longer in power, Haiti and the Cite Soleil continue to be ravaged and torn apart by wanton violence, yet another casualty in the name of “progress”, another bloody bookmark in the annals of recent human history.

The day an Indian filmmaker can achieve a cinematic feat of this magnitude will be a watershed moment for Indian cinema. With mawkish bilge like “When Harry Met Sejal” being churned out on a regular basis, and censor chief Pahlaj Nihalani banning films that do not meet his regressive, Hindutva-inflected sensibility, that day seems far away.

I urge the reader to go and watch this devastating visual document of the catastrophic state of the human condition. As Bily would say “F*ck God and F*ck Hope, I only believe in this” (crooks his trigger finger).

(The film is currently available on Netflix and Amazon)