All over the world we cannot escape mosquito bites – and the diseases they carry.

An epidemic of chikungunya – a viral disease carried by daytime-biting mosquitoes – is currently raging in the Caribbean.

There are more than 5,900 suspected cases affecting almost half the islands, and even French Guiana on the mainland.

Although we might want to wipe them out, removing mosquitoes could have a disastrous effect on an ecosystem; their larvae process detritus in the water where they breed and adult mosquitoes carry out the useful job of pollination.

They are also a nutritious food source for creatures like the mosquitofish – which snack on up to a hundred mosquito larvae every day.

And although malaria is the most well-known, there are plenty of other nasty conditions which they spread.

Here are five of the lesser known – and downright horrible – diseases that mosquitoes can give you.

One for football fans to be aware of if they are travelling to the World Cup in Brazil this summer, yellow fever is caused by a virus which affects around 200,000 people every year, with most cases in sub-Saharan Africa.

Cuban doctor and scientist Carlos Finlay suspected back in 1881 that it was transmitted by mosquitoes – but it wasn’t until 20 years later that his theory was confirmed.

Subsequent mosquito controls helped the resumption of work on the Panama Canal – where one in 10 men had previously died of yellow fever.

Once a person is infected the fever appears after a few days.

After initially seeming to recover, around 15% of patients enter a second toxic phase which has a 50% mortality rate.

Then the characteristic yellow jaundice develops on the skin and in the whites of the eyes because of liver damage.

A Spanish name for the disease – vomito negro or black vomit – arises from the dark vomit seen if the gut starts to bleed.

Fortunately, there is a vaccine which is recommended for anyone travelling to Brazil for the World Cup. 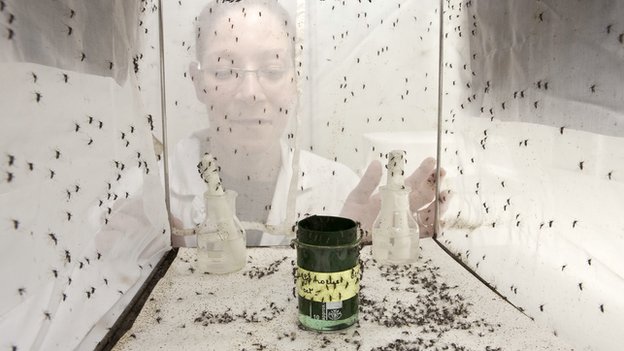 Half the world’s population is now at risk of contracting dengue which causes fever, severe headache, pain behind the eyes, muscle and joint pain and a rash. Forty years ago there was no dengue in Brazil.

In the first six months of 2013 there were 1.6 million cases, with six thousand new cases every day in Rio de Janeiro, putting huge pressure on health services.

There is no vaccine or any specific medicine to treat dengue – treatment is “supportive” including rest, plenty of fluids and trying to reduce the fever using paracetamol.

Dr Ayan Panja on the pain of severe dengue

Severe dengue – which used to be known as dengue hemorrhagic fever – can be lethal.

Unlike the Anopheles mosquito which spreads malaria and feasts at night Aedes is active during the day. Dr Philip McCall is a dengue expert from the Liverpool School of Tropical Medicine.

British doctor Ayan Panja contracted the more severe form on holiday in Malaysia in his 20s.

“I honestly thought I was going to die after having these symptoms for a couple of days. Thankfully I was admitted to a hospital in Kuala Lumpur where I was transfused with platelets.”

Platelets are needed to help the blood to clot. Dengue stops the bone marrow from making them – so bleeding is another major complication of severe dengue.

So has it put Dr Panja off travelling to exotic climes?

“It’s made me more aware of the condition and I am now even more cautious about avoiding mosquito bites.”

It might sound like a name for some tasty street food but chikungunya is an unpleasant disease which causes a high fever and joint pain.

“It’s debilitating. [People suffering] can’t work and they have to stay at home in bed with joint pain,” said Prof Johan Giusecke, chief scientist at the European Centre for Disease Control in Sweden.

Chikungunya was first described during an outbreak in Tanzania in 1952. The name comes from a word in the Kimakonde language meaning “to become contorted”.

“Most people experience a rather short high fever, really feel sick, and then after a week or so it’s over,” according to Giusecke.

“But there have been chikungunya cases where the joint pain lasts for weeks or where chronic arthritis has resulted from the infection.

“Although not usually fatal, the condition can contribute to cause of death in frail or old people.”

Last November the first case of chikungunya contracted in the Americas was reported on the island of St Martin in the Caribbean.

Far from its usual home of Africa, South East Asia and the Asian subcontinent, the infection has so far been responsible for four deaths.

There is now a fear that chikungunya will spread to North America as the mosquitoes that can carry the virus have been found in Southern Florida and on the Texan coast.

Since 2005, there have been 1.9 million cases in India, Indonesia, Thailand, the Maldives and Burma also known as Myanmar, according to the World Health Organization.

There is currently no cure or vaccine and experts advise that the best way to stop it is to avoid being bitten in the first place. The good news? Once you’ve been infected you are immune and you don’t have to suffer again. 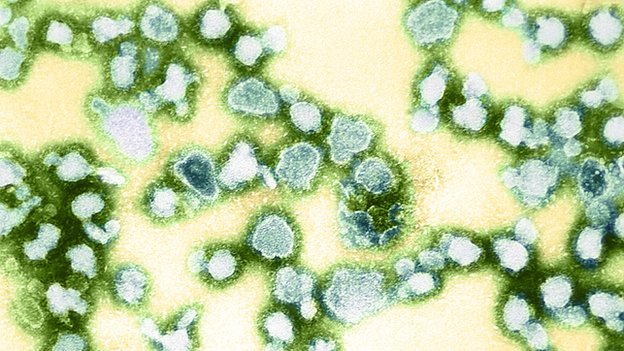 This mosquito-borne virus is named after La Crosse, in Wisconsin, USA, the city where it was discovered in 1963.

Although quite rare – only 80 to 100 cases are reported in the US every year, mostly in children – those infected can expect to experience fever, headache, nausea, vomiting, fatigue, and lethargy.

The most severe cases can lead to seizures, coma and paralysis.

To boost its numbers the virus moves between mosquitoes and small animals like chipmunks and squirrels – but humans cannot catch the virus from these animals.

First described by Hindu and Persian doctors more than 2,500 years ago the parasitic worm Wuchereria bancrofti is also spread by mosquitoes.

In severe cases it can cause lymphatic filariasis or elephantiasis.

The larvae can take up to a year to develop into adult worms and once in the human lymphatic system, the skin and underlying tissues thicken, especially in the legs, arms, breasts and genitals.

This profoundly disfiguring and stigmatising disease was the first to be identified as spread by mosquitoes – thanks to a Scot, Patrick Manson, who experimented in China on his sleeping gardener, who was infected with filariasis.

Early treatment can be very effective but the drugs used have no effect on the adult worms.

And how best to beat mosquitoes?

The key to reducing the high toll of mosquito-borne diseases is to understand how the insects behave.

As well as insecticides other methods of controlling mosquito numbers can include odour traps, creating genetically modified infertile mosquitoes and even using tiny predatory crustaceans to eat the larvae.

Prof Hilary Ranson is leading the fight against mosquitoes, at the Liverpool School of Tropical Medicine.

“We need to use an evidence base to then target the breeding sites with things we know will work,” she said.

She says that one approach may exploit the fragile dynamic between the mosquito, the virus and the human.

“When the insect bites an infected person the parasite takes about 10 days to develop in its body.

“The mosquito only has a lifespan of about three weeks so it needs to pick up the pathogen early in its life to pass it on. So anything which reduces the daily survival rate will be effective.”

Dr Philip McCall’s aim is to work out which is the best way to eradicate the mosquitoes using insecticides.

Outdoor “fogging”- driving round creating a fine mist of insecticide – is a very visible control method, but is often ineffective. Indoor residual spraying – where insecticide solution is sprayed onto the inside walls of dwellings to repel or kill mosquitoes – is much more effective and strikes at them where they like to hang out.

“We are collaborating with optical engineers to use sophisticated cameras to track individual mosquitoes over time, to look at how they move around in a three dimensional space, where their most favoured sites of resting are.” So thinking like a mosquito could help scientists to control them – by knowing their enemy.

Dr McCall’s advice to anyone travelling to tropical climes? Liberal use of the insecticide Deet.

“It is still the gold standard – concentrations of 40%-50% are fine. You can spray it on to your clothes but do watch plastic – I’ve melted a watch and the handle of a Swiss army penknife. Mosquitoes also don’t like a breeze so keeping the air conditioning on or a fan aimed at your body will help.”