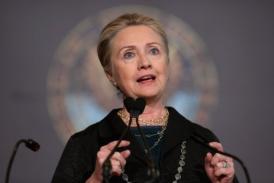 WASHINGTON — US Secretary of State Hillary Clinton will head to Haiti next week for the formal opening of an industrial zone meant to boost economic development on the impoverished island, her office said Friday.

During her visit to Haiti on Monday, Clinton also will meet with President Michel Martelly and Prime Minister Laurent Lamothe, who visited Washington in late July, the State Department said.

She will speak at a ceremony marking the opening in northern Haiti of the Caracol Industrial Park, valued at hundreds of millions of dollars, which includes a thermal power plant.

The project has in part been financed by the Haitian government, the Inter-American Development Bank, the US State Department and the Clinton Foundation, a charity run by former president Bill Clinton.

The goal is to create 40,000 jobs, according to the Clinton Foundation. A State Department official could not say whether the former president, who is also the special envoy to Haiti, would accompany his wife on the one-day trip.

Less than 18 months after taking office, Martelly is facing a wave of opposition focused on the rising cost of living and corruption.

Haiti, one of the poorest states on the planet with an unemployment rate of more than 50 percent, is still reeling from an earthquake that devastated the country on January 12, 2010, killing at least 250,000 people.

The Caribbean nation continues to rely heavily on international support, with the World Food Program providing aid to 1.5 million people on a daily basis, especially school children and young mothers.