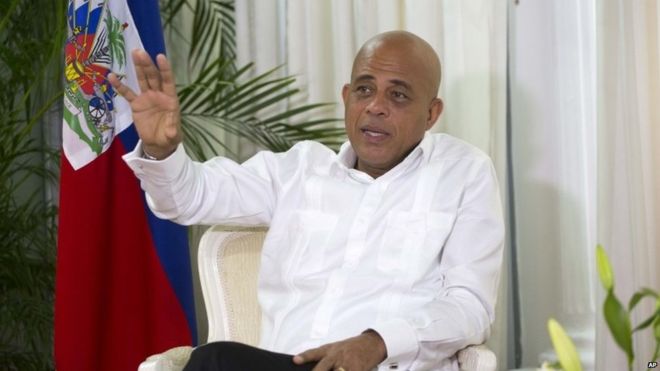 Haiti’s President Michel Martelly says the run-off election to choose his successor will be held on 17 January.

The run-off was due to take place last week, but was postponed after opposition factions alleged fraud during the first round in October.

In a speech on Haiti’s independence day, Mr Martelly called on Haitians to respect the rules of the game and go to the polls.

He said that Haiti’s Provisional Electoral Council had warned him that to fulfil the constitutional mandate of inaugurating a new president on 7 February, the runoff must be held by 17 January at the latest.

Jovenel Moise, a banana exporter, will face ex-state construction company head Jude Celestin, who came second in the first round of voting.

Mr Moise has little political experience but has the backing of President Martelly.

Mr Celestin is seeking the presidency for a second time.