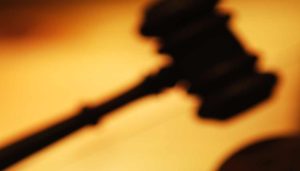 Port-au-Prince – Haiti’s president-elect Michel Martelly has vowed to impose a legal crackdown after his May 14 inauguration amid a lingering dispute over legislative election results.

“Starting May 14, Haiti will change. The state of law, like it or not, will become a reality. No person, no institution, will be above justice,” the popular former carnival singer told reporters in the capital on Thursday. He went on to say, “Haitian people,

It is hand in hand that since 2 months, we have begun a crusade with the Haitian people. A crusade for this country that we love, this country which is ours, change once for all.

It’s a whole people, who by coming together, has enforced its will, he went to vote en masse, to choose a new leader in the good manner, as stated in the Constitution.

It’s all a people who fought to reshuffle the cards and they have been reshuffled, as it should. The experience was not easy and all of us have continued to believe that the players have taken lessons… We believe that in life, anyone can make mistakes, but everybody can change.

We wanted to believe that Haiti would prevail, must prevail.

These are all the efforts that I started to do since I am elected, during my travels abroad, during my initial contacts with international, with international institutions, with foreign investors who bring jobs, that come build factories, build hotels, which bring money into the country, that these Messieurs of the CEP want to break.

The better life that the President research to alleviate the miseries of the people, a small team wants boycott it. As if the country was not their country, as if the suffering of the people were not their problem.

If the CEP wants to go into a modern Haiti, it would be nice.
But if the CEP wants to stay in the old system, it is its choice.
Justice will do its duty, because I said, I repeat, May 14, Haiti will change!
The rule of law, will become a reality.

Martelly, who insisted the “rule of law will become a reality”, appeared to be referring to the Provisional Electoral Council (CEP) and its refusal to annul the results of March 20 elections in several districts where there have been allegations of fraud.

In 19 districts, the outcome of the elections changed from the initial returns to the final count, each time favouring candidates close to outgoing president Rene Preval and his Unity Party.

An international expert mission from the Organisation of American States (OAS) and the Caribbean Community (Caricom) has demanded that the victories of the 19 ruling party candidates be annulled.

The lingering political bickering threatens to further hobble efforts to rebuild Haiti following a catastrophic earthquake in January 2010 that killed about 220 000 people and left about 1.5 million homeless.

“By insisting on preserving results that do not reflect the popular will, the CEP is trying to compromise all of my work to present the image of a stable country that is ready to welcome foreign investment, Martelly said.

“To avoid further problems, the CEP must respect the people’s vote.”

The supposedly definitive legislative results released last month showed Unity made gains in the Chamber of Deputies, taking 46 of the 99 positions, and gained an absolute majority in the upper Senate with 17 of the 30 seats.

The legislative results were greeted by outbreaks of violence in parts of Haiti that left at least one person dead.

Martelly’s fledgling Reypons Peysan party won only three parliamentary seats, and he will have to forge deals with Unity to enact reforms.

3 thoughts on “Haiti’s Martelly vows ‘rule of law’- with President Martelly’s own words, translated to English”