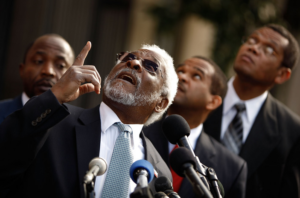 PORT-AU-PRINCE, HAITI — Last month’s earthquake battered Reginald Boulos’s small empire, destroying one of his supermarkets, badly damaging a hotel and killing two workers at his car dealership.
But with foreign aid flowing and a sympathetic world watching, Boulos envisions a new Haiti: one focused on quickly creating jobs while purging its ruling class of the cronyism that helped make this one of the world’s poorest countries.

“This is what the earthquake is today — an opportunity, a huge opportunity,” said Boulos, a brash 54-year-old former doctor who once worked in Haiti’s most notorious slum. “I think we need to give the message that we are open for business. This is really a land of opportunities.”

Haiti’s elite — a small, politically connected group as comfortable lobbying President René Préval as lawmakers in Washington — is positioning itself for business opportunities emerging from their country’s reconstruction. The textile industry in particular, which survived the temblor largely intact, is gearing up to add tens of thousands of jobs, thanks to U.S. legislation approved in 2008 that gives Haitian garments duty-free, quota-free access to the United States.
But for some Haitians, it is a cruel irony that a business community they consider clannish, corrupt and responsible for the country’s backwardness could be spearheading efforts to jumpstart the economy.

“Haitian business people, they exploit the workers, and they lie to the multinational agencies about working conditions,” said Yannick Etienne, a labor organizer with Batay Ouvriye, a workers’ rights group. “When you see the way they treat people here, it’s difficult to really expect much from them.”
Haiti’s business community is central to a rough blueprint for reconstruction being developed by the Préval administration, Haitian entrepreneurs and multilateral lenders such as the Washington-based Inter-American Development Bank, or IDB. Business leaders and economists say the plan would curtail corrupt practices and find a way to jump start moribund industries to generate tens of thousands of jobs in this country of nearly 10 million.

“I’m not going to get into who is corrupt, who’s not, but what I have found is that the business community realizes that it has to change,” said Luis Alberto Moreno, president of the IDB. “These are people who are thinking about paying more taxes, about taking part in rebuilding Haiti for the good of the country.”
The IDB estimates that $3 billion to $4 billion is needed to rebuild homes and government buildings and also add the kind of infrastructure and state services necessary for a long dysfunctional country to compete with its neighbors.

Eduardo Almeida, the IDB’s representative in Haiti, said the goal is to rebuild “in a vision of increasing the productivity, in a vision of providing the infrastructure so that the cost of products in Haiti are much lower.”

But many Haitians say that talk of increased productivity is as foreign a concept as prosperity in a country mired in 19th-century ways.
The infrastructure is decrepit, with off-road vehicles needed in much of the capital. The country imports nearly all its food, much of it in donations. Gross capita income is barely $1,000 a year, although 70 percent of the population is unemployed and millions live on less than $1 a day.
Many of the 4 million Haitians of working age speak bitterly about their economic prospects and direct much of their ire at the business elite.
Marcelus Desfauleau, who has five children, said he has been unemployed for five years. “We were not lucky enough to find jobs in the factories,” he said. “The bourgeoisie look out for the interests of the bourgeoisie.”

Eliacin Cadet, 24, who on a recent day was searching for work at Sonapi Industrial Park, said he is not hopeful things will change. “I do not really think they care about people standing around here,” he said. “They always say they are creating jobs — but it is not true. We are still hungry.”
Georges Sassine, president of the manufacturers association in Haiti, bristles at such criticism.
Union organizers say factory pay, which hovers around $4 a day, amounts to sweatshop wages, but Sassine said that is three to four times what most Haitians earn. He noted that the number of jobs in the textile industry has doubled in just a few years to more than 28,000. With the help of American trade preferences, he and IDB economists say, that number will quickly reach 150,000, with each of those jobs indirectly creating three more.

Still, Sassine, who owns a textile factory, acknowledged that Haitians need to “redefine the way the country should be run,” with an emphasis on delivering important services such as education. “That’s what we set out to do, to change the foundation of this country, to make it right because it’s not right,” he said.
A sort of envoy for industry, Sassine travels worldwide to meet with investors and to lobby influential lawmakers, such as Rep. Charles B. Rangel (D-N.Y.), chairman of the House Ways and Means Committee. With a wry smile, Sassine talked of such distant prospects as tax credits for Americans who invest in Haiti and even a railroad someday.
“I remember someone saying, ‘A crisis is a terrible thing to waste,’ ” Sassine said. “It is true.”

But his optimism is tempered by harsh realities. “We’re not trying to say Haiti is going to become Sweden in 10 years,” he said. “Haiti is going to be Haiti of 1950.”
The Haiti of today, the one trying to get back on its feet, is readily apparent at One World Apparel. Charles Baker, the owner and a candidate for president, said he marveled that workers who had lost their homes quickly returned to sewing the overalls and lab coats his company makes.
“Within three days they were producing what they were producing before the earthquake,” he said. “For me, it’s unbelievable. And that gives you hope, that in itself. These people are the real heroes of Haiti.”

Of course Haiti’s elite sees business opportunities from emerging reconstruction. They are already dashing across the bodies of dead and injured Haitians in a rush to be first at the trough.  This slice of Haiti’s society is really responsible for the disastrous situation that Haiti was in – before the quake.

The business community – with very few exceptions – has absolutely no social conscience.

It has lied, cheated, stolen, threatened, murdered and connived to attain the most from the least.

The Nation is raped.

The vast majority – Haiti’s 9,000,000 peasants are screwed while people like the Vorbes, the Mevs and others walk away with the spoils. At the moment, Dimitry Vorbe is Preval’s spokesman and effectively runs the country. He was just awarded a small $27,000,000 contract and looks for more.

Wild profits are made on rice imports. As if this wasn’t enough, a businessman will get a franchise to import 100,000 bags of rice. The first shipment will equal the !00,000 but a friend in customs – for a small payment – will certify that the shipment was made up of 10,000 bags, leaving 90,000 on the franchise. So the original 100,000 bags can really be 1,000,000 or more, depriving the economy whatever taxes and import fees that were due.

Vorbe held something over $500,000,000 for Aristide in an offshore account.  Now they are sniffing around in Preval’s yard for more. They will be sniffing the behind of whoever replaces  Preval…and so on….to infinity, unless some effort is made to curb the greed of the Vorbes and their associates in the Haitian business community.

Haiti’s elite looks for foreign partners with which to share the crime.

They lobby in Washington and the United Nations.

People have already forgotten the gigantic scandal of 2 years ago when the UN discovered MINUSTAH people sharing deals with Haitian businessmen. One was a big fuel contract…another for electrical power…. In any other country, those involved would go to jail.

In Haiti they have the power of the Golden Rule….”He who has the Gold rules.” In Haiti, once you are on top of the pile even the government cannot act against you. Should they risk this foolish move, the elite will remove the irritant.   Most irritants simply want money so the elite tosses them a few bones.

In a nation with “impunity” for anything, other than the common cold, I have no solution to the problem. However, until someone manages to control the criminal activities of Haiti’s business community, there is no hope for the future.