Starting in February, Haitians began showing up at the low-cost health center run by Borinquen Medical Centers of Miami-Dade worrying about what they’ll do if the federal government ends the program that protects them from deportation.

Anxious and scared, they’re searching for answers if the Trump administration decides they must return to Haiti, which is still struggling to rebound from a 2010 earthquake, a deadly cholera epidemic and a hurricane last year.

“Some of them have been living here for years. They have everything here. They have nothing in their country,” Fleurimont said. “Imagine someone who came from Haiti after the earthquake. They lost their house, maybe family members, and now you tell that person you’re going to send them back to Haiti. What is this person going to do?” 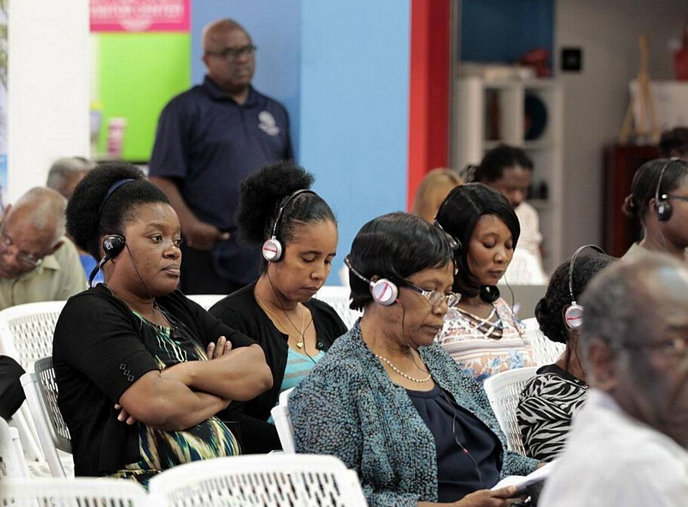 Haitian community members attended a community meeting with a group of immigration attorneys in Little Haiti Friday morning informing Haitians with TPS what their options are should the immigration relief not be renewed by the Trump administration.
PEDRO PORTAL pportal@miamiherald.com

With a decision looming on Temporary Protected Status, or TPS, advocates have stepped up protests, urging the Department of Homeland Security Secretary John Kelly to extend immigration benefits for Haitians. On Friday, several South Florida immigration attorneys sought to offer answers to some of the legal questions potentially facing 58,000 Haitian TPS holders.

At a forum organized by the Haitian Lawyers Association and Haitian Women of Miami at the Little Haiti Cultural Complex and moderated by Haitian-American writer Edwidge Danticat, lawyers and others said it’s time for TPS holders to begin making contingency plans in case Kelly opts to end the program in January as the acting director of U.S. Citizenship and Immigration Services recommended in an April memo.

“Families could potentially be torn apart,” said Adonia Simpson, supervising attorney for Americans for Immigrant Justice’s Children’s Legal Programs, which represents unaccompanied immigrant children. “And I think we need to be having very honest conversations with our loved ones, our families, our neighbors about what happens.’’ 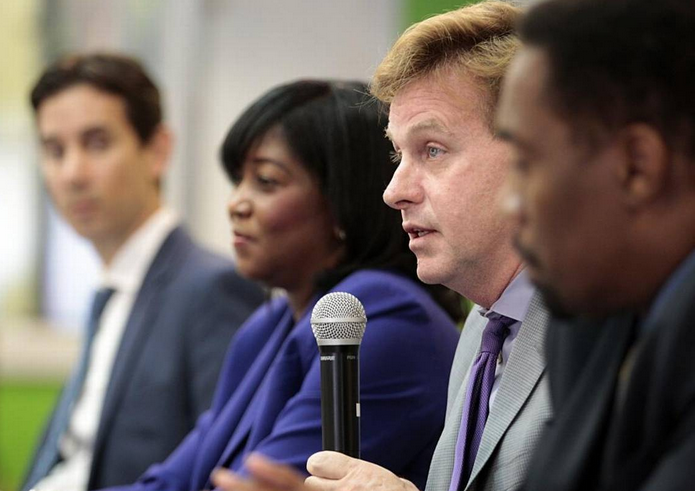 Randy McGrorty, second from right, CEO Catholic Legal Services, joined a group of immigration attorneys during a community meeting in Little Haiti Friday morning informing Haitians with TPS what their options are should the immigration relief not be renewed by the Trump administration.
PEDRO PORTAL pportal@miamiherald.com

Lawyers Marlon Hill and Vanessa Joseph, who works with Catholic Legal Services, called for Haitians to remain vigilant as they wait for word from Washington.

“I have been working diligently with DHS and the administration, and I feel confident they will extend the TPS program for Haitians,” he told the Miami Herald.

Under the USCIS recommendation, TPS holders would have up to six months after the July 22 expiration date on their cards to maintain employment before they would be vulnerable once more for deportation to Haiti. But migrants should not wait until January to begin making decisions, attorneys said — which means seeking advice from an immigration lawyer now.

Some TPS holders may qualify for a U.S. green card because they are either married to a U.S. citizen or have a child who is a U.S. citizen over the age of 21. But many either don’t know or lack the proper documentation about how they were admitted into the U.S.

In order to obtain a green card, an applicant must have proof that they were either inspected, admitted or paroled into the United States. Attorney Michael Murray said many TPS holders lack this but the law does allow them to travel with U.S. government permission. That would allow those without an entry or parole stamp in their passports to obtain one.

But most of all, Murray said, “Haitians need to mobilize, take to the streets and protest.” 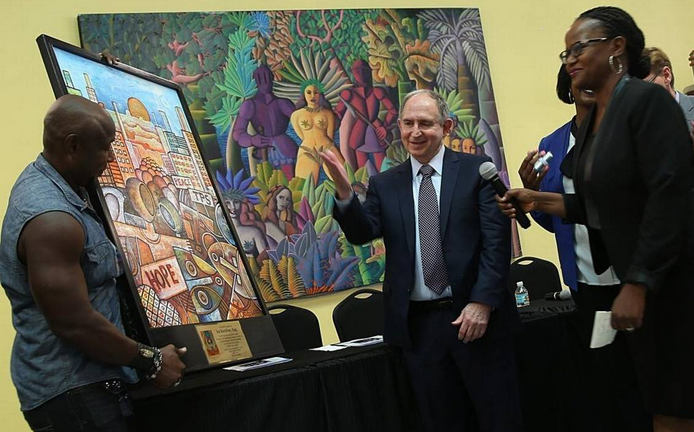 Attorney Ira Kurzban, center, was honored by Haitian community leaders during a community meeting with a group of immigration attorneys in Little Haiti Friday morning.

Ira Kurzban, a respected immigration attorney who was honored at the event for his decades-long fight on behalf of Haitian refugees, said there are ongoing talks with the American Civil Liberties Union about the possibility of going to court if TPS is terminated.

He noted that Kelly was the former head of U.S. Southern Command in Miami, and he’s very familiar with Haiti’s problems: “This is the classic case for TPS given the hurricane, given the earthquake, the cholera.”

Randolph McGroty, the executive director of Catholic Legal Services, said immigration arrests still have not reached the levels of years past. He urged Haitians not to panic.

That advice was little comfort to Noemy St. Hilaire, a single mother with a 3-year-old with a blood disorder. St. Hilaire, who doesn’t hold TPS but has a work permit after she entered the United States through Puerto Rico’s Mona Passage, said she came to Friday’s event hoping to learn the answer to just one question. Should she appear at her annual immigration appointment at a Miramar office?

If you have Temporary Protected Status, or TPS, lawyers say you should consider:

A one-on-one meeting with an immigration lawyer to review immigration history and options.

Honest conversations with neighbors and relatives about custody arrangements.

Getting a Power of Attorney document.

Come up with a contingency plan regardless of whether the status is extended for six months, or 18 months as advocates have requested.