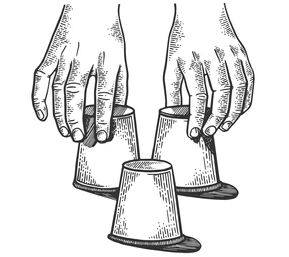 PORT-AU-PRINCE, Haiti — They examined the bodies of Haiti’s slain president and of the mercenaries who are accused of conspiring to kill him. Now they are in hiding, changing their location every few hours, with a backpack full of legal documents that could determine the fate of Haiti’s most important trial in decades.

A judge and two court clerks who collected evidence for the investigation into the killing of President Jovenel Moïse said in interviews and in formal complaints to the prosecutors’ office that unknown callers and visitors had pressured them to modify witnesses’ sworn statements. If they failed to comply, they were told, they could “expect a bullet in your head.”

Their requests for help from the authorities were ignored, said the clerks, Marcelin Valentin and Waky Philostène; and the justice of the peace, Carl Henry Destin, leaving their lives at risk.

The threats also further jeopardized an investigation that experts claim had been marred from the start by irregularities — and which many Haitians fear will not reveal the truth about the killing, despite vows by the country’s current leaders to enact swift justice.

“There are great interests at play that are not interested in solving this case,” Mr. Valentin said. “There’s no progress, no will to find the truth.”

During an interview at a safe house in Haiti, Mr. Valentin and Mr. Philostène described witnessing numerous procedural violations as they accompanied investigative judges to the president’s residence and to the homes of the suspects. The police moved the bodies of those suspected of being assailants, took away some of the evidence, and denied them access to the crime scene for hours, they said, in violation of Haiti’s legal code.

More than three weeks after assailants stormed Mr. Moïse’s residence and shot him 12 times in his bedroom, Haitian investigators have detained or are seeking more than 50 suspects. But none of the 44 detained — including the 18 retired Colombian commandos accused of taking part in the assault on the presidential residence and the more than a dozen security officers entrusted with protecting Mr. Moïse — have been charged or brought to court.

Haitian law requires suspects to be charged within 48 hours or released, and lawyers representing some of the suspects said the delay could jeopardize the trial. Many of those detained have not been allowed legal counsel, and some have told legal representatives that they were beaten to extract confessions.

Although the Haitian legal system has long been plagued by corruption and dysfunction, experts and defense lawyers said they had never seen such systematic violations of due process in a high-profile case.

“This is all highly irregular and illegal,” said Samuel Madistin, a lawyer representing two of the suspects. “If the people do not trust the process, they will not trust the verdict.”

Hours after Mr. Moïse was killed on July 7, the country’s caretaker prime minister, Claude Joseph, pledged to bring those responsible to justice.

Soon afterward, Mr. Joseph asked Interpol and security agencies from the United States and Colombia to send investigators to Haiti. Yet once there, some of them struggled to gain access to evidence and to the suspects, according to officials familiar with the investigation. They say this wasted an opportunity to advance the case at a crucial phase.

Also, none of the suspects detained or sought by the Haitian police appear to have the resources or the connections to organize and finance a plot that the Haitian and Colombian authorities say was hatched in Haiti and Florida and involved flying in two dozen highly trained former commandos from Colombia.

“What really interests me is that we catch the person who gave the order,” said Martine Moïse, Mr. Moïse’ wife, who was seriously wounded in the attack. “It’s about finding the people who paid the money.”

Ms. Moïse said she had pinned her hopes for a breakthrough on international investigators, including the Federal Bureau of Investigation, which has sent a delegation to assist the Haitian police.

Few in Haiti have faith that the country’s underpaid, understaffed police and prosecutors will be able to find the ultimate culprit on their own. And the dysfunction of the country’s legal system has left the investigation vulnerable to manipulation, legal experts said.

“We have no rule of law in Haiti,” said Pierre Espérance, a prominent Haitian human rights activist. “All the institutions have been dismantled for personal gain.”

Mr. Valentin, the clerk, said that soon after witnessing the detained suspects’ initial interrogations and writing down their statements, he received a phone call from Mr. Moïse’s security chief, Jean Laguel Civil, asking him what they had said.

Later that day, he said, he was visited in his office by a man he did not know, who demanded that Mr. Valentin add the names of two prominent Haitians — Reginald Boulos, a businessman, and Youri Latortue, a politician — to the suspects’ statements, in effect implicating them in the plot.

After Mr. Valentin refused, he said, he began to receive death threats.

“Clerk, you can expect a bullet in your head,” read a text message received by Mr. Valentin on July 16, according to a copy of a formal complaint that he filed with the prosecutor’s office. “We ordered you to do something, and you’re doing jack all.”

Mr. Boulos, the businessman, cast the attempt to weave his name into the plot as an example of how powerful people were trying to take advantage of the case to persecute opponents.

“They could not find any evidence against me,” Mr. Boulos said in an interview, so “they are trying to subvert the process by putting pressure and threatening the courts.”

Mr. Civil, the security chief, has since been arrested in connection with the assassination. His lawyer did not respond to a request for comment.

Mr. Valentin and Mr. Philostène said their complaints about the threats were ignored. They said that the police chief and the justice minister promised them an armed escort but that it never came.

Mr. Destin, the investigative judge who visited the crime scene and examined the president’s body, said that he had also been pressured to modify sworn statements and that he had been threatened with death if he did not comply. He kept the interview short, he said, out of fear of speaking out.

The police chief, Léon Charles, did not respond to numerous requests for an interview.

Run-of-the-mill corruption also seems to have marred the investigation. Court documents show that two Colombian former soldiers killed after the assassination were found with about $42,000 in cash on or near their bodies. In subsequent police reports, the money is not listed among the evidence found at the scene.

Such apparent malfeasance, Mr. Valentin said, not only erodes public trust but, in this case, may have cost investigators the chance to trace the money through the bills’ serial numbers.

“This is an exceptional case,” he said. “But it is being conducted in the same system of impunity and corruption as all the others.”

The post Haitians Say They Got Death Threats for Refusing to Tamper With Moïse Evidence appeared first on New York Times.

In the American – Canadian – British and other  legal systems an arrested person can be charged with something to hold him/her. These charges can be modified later to cover the final reality.

When you capture a bunch of Columbian mercenaries, and Haitian Americans, who publicly admit their involvement in President Moise’s assassination there are many charges that can be filed now, increasing their severity as time passes.

This is not a simple traffic violation.

Perhaps the authority is endeavoring to create a situation in which “LEGALITIES” will be used to free the guilty.

THE WORLD IS WATCHING AS WE DISPLAY OUR LEGAL AND INVESTIGATIVE INCOMPETENCE. 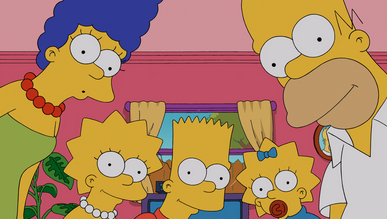