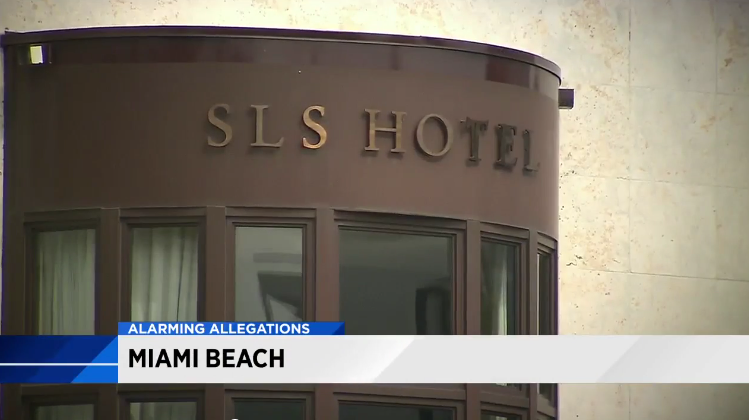 MIAMI BEACH, Fla. – The SLS Hotel in Miami Beach terminated Haitian employees based on their race and skin color, according to a lawsuit filed Tuesday by the U.S. Equal Employment Opportunity Commission.

The lawsuit claims that 15 black Haitian dishwashers were fired from the hotel in April 2014 and replaced with “light-skinned Hispanics” after the hotel outsourced their positions without providing the Haitian employees the opportunity to apply to the staffing agency before their termination.

“The terminations, per the complaint, were not performance-based,” the EEOC said in a news release.

While on the job, managers and chefs called black Haitian dishwashers “slaves” and “f—ing Haitians,” the EECO said.

“In response to requests to fix the broken service elevator and in reference to black Haitian stewards/dishwashers, one manager stated ‘Let those slaves do the work,'” the lawsuit said. 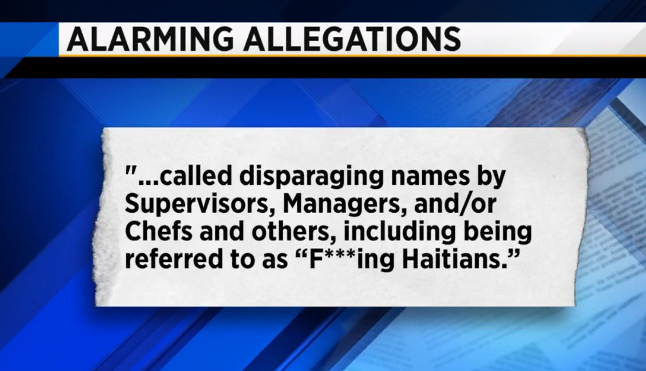 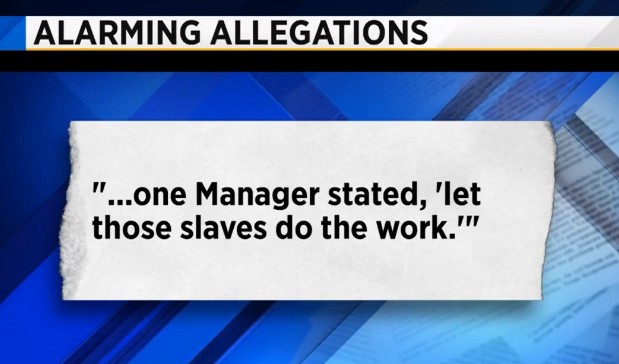 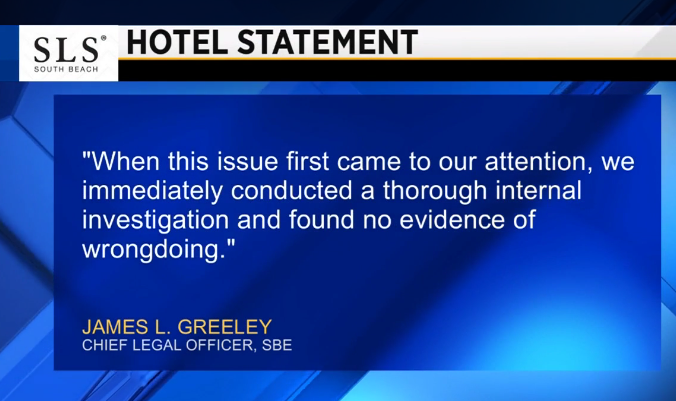 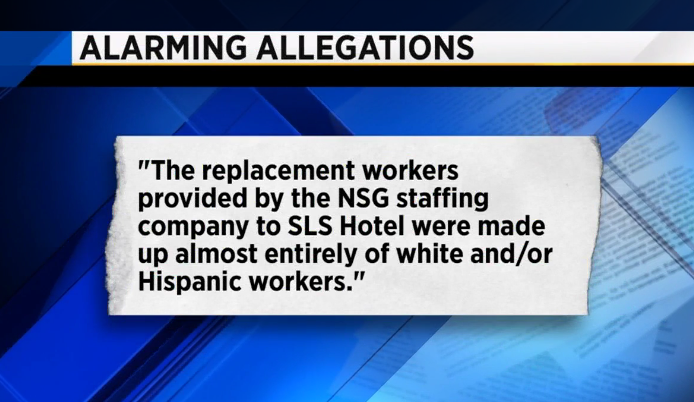 Although there wasn’t a written language policy, the employees were reprimanded by management for speaking Creole, even if it was one-on-one with a fellow dishwasher, even though Hispanic kitchen workers were allowed to speak Spanish while at work, the lawsuit said.

When the employees complained to human resources about the language practices the actions of management were not corrected, the lawsuit said.

The employees named in the lawsuit were assigned to carry heavy items, and to perform other difficult tasks that Hispanic employees weren’t tasked with performing.

Some of those employees weren’t scheduled to work that day, and were then “tricked” into coming into work by management who told them there was a big party and that the kitchen was going to be busy, so extra help would be needed, the lawsuit said.

After they were fired, staffing company National Service Group replaced the employees with a staff made up of almost entirely white and Hispanic workers.

A kitchen worker who was the only person of  Hispanic origin fired that day, was hired by NSG to work at the hotel again.

“Employers should not be able to avoid liability by using a staffing agency to discriminate when it cannot lawfully do so on its own,” said Robert E. Wrisberg, a regional attorney for the EECO’s Miami District Office. “Consistent with the agency’s strategic enforcement goals, the EEOC will be vigilant in ensuring employment discrimination is not different behind increasingly complex business relations, including the outsourcing concept.”

The lawsuit asks for the hotel to pay back payments and any other money owed to the terminated employees. It also called on SLS Hotel to institute and carry out equal-employment opportunities for black or Haitian employees.

“SBE made the decision more than two years ago to outsource the staffing of a number of the departments of the SLS South Beach for economic reasons, helping to manage the wide seasonal fluctuations in the Florida market. When this issue first came to our attention, we immediately conducted a thorough internal investigation and found no evidence of wrongdoing.

“We shared all of that information with the EEOC, and have been engaged in what we thought were cooperative and good-faith discussions about how to resolve this matter.  We do not believe we have done anything wrong and will fully defend our company against any false claims.”