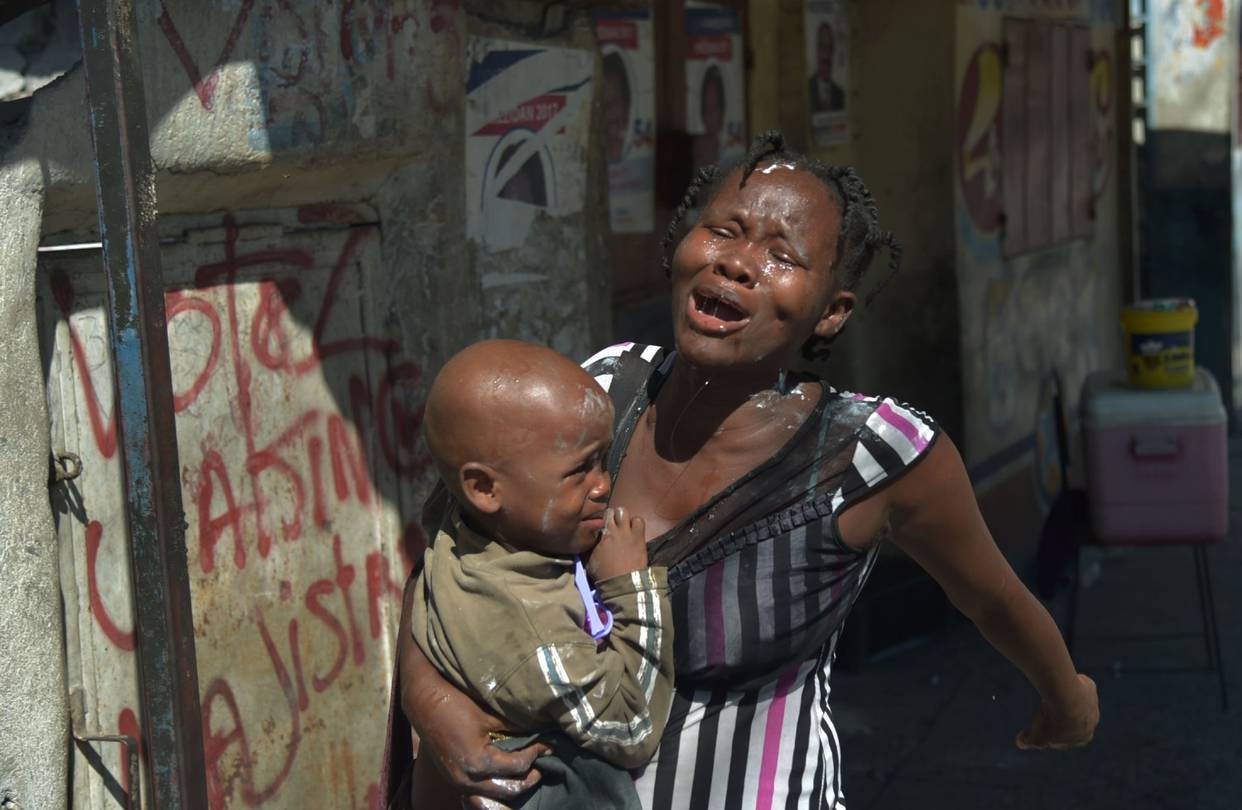 A woman reacts to tear gas fired by police in the Haitian capital during clashes with demonstrators protesting the election results. Photo: Hector Retamal/Agence France-Presse/Getty Images
By
Robbie Whelan

The election of Jovenel Moïse as Haiti’s next president sparked tumultuous demonstrations in Port-au-Prince, as losing candidates in the runoff election questioned the integrity of the voting process.

The U.S. Embassy reported sporadic gunfire and burning tire barricades on Tuesday and warned U.S. citizens in the country to avoid protest areas. Meanwhile, in some poorer neighborhoods of the Haitian capital, hundreds supporters of presidential candidate Maryse Narcisse—who came in fourth in the vote tallies announced Monday night—marched in protest of the election results, according to news accounts.

The three runners-up, Jude Celestin,Moise Jean-Charles and Ms. Narcisse, all rejected the election outcome as invalid due to discarded ballots and vowed to fight the results in court. 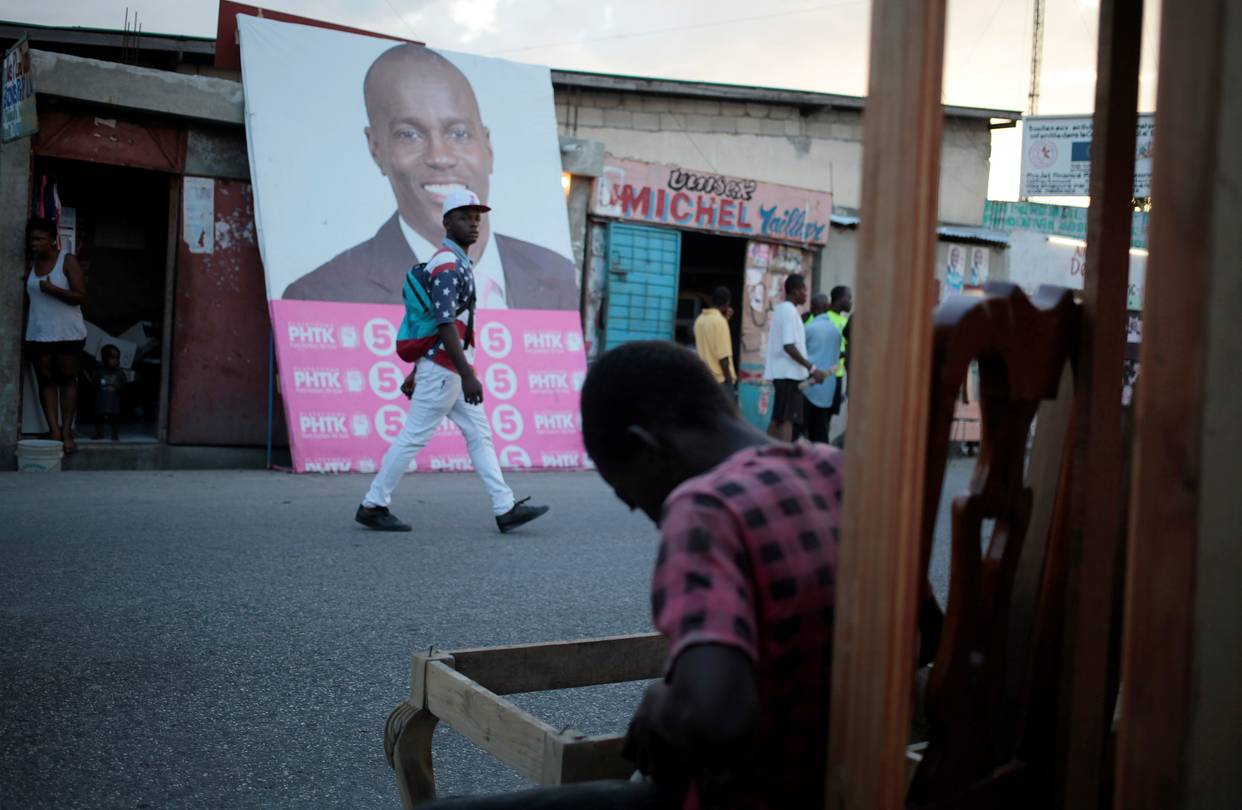 A man walks next to a billboard of leading presidential contender Jovenel Moise ahead of the presidential election in Port-au-Prince, Haiti, on November 17. Photo: Andres Martinez Casares/Reuters

Some protesters threw stones at police, who responded with tear gas grenades, according to the Associated Press. But there were no reports of serious violence despite photos widely circulated on social media of crowds dousing tires with gasoline and setting blazes alight.

“Please keep in mind that demonstrations in Haiti, even peaceful ones, can escalate quickly and even turn violent,” the U.S. Embassy in Haiti wrote in an alert to U.S. citizens.

The first round of presidential elections to succeed Michel Martelly, a Haitian pop singer who had held office since 2011, was held in October 2015, but no candidate received a majority of the vote, and a runoff election was scheduled for December. That runoff was repeatedly delayed, however, amid calls for investigations into the voting process, rioting and demands for greater transparency.

Mr. Martelly, who later endorsed Mr. Moïse, resigned in February, leaving the country’s highest elected office in the hands of interim President Jocelerme Privert. On Nov. 20, six months after Haiti’s Provisional Electoral Council issued a report decrying voter fraud in the first round, voters headed back to the polls.

Mr. Moïse, a businessman and plantation owner backed by Haiti’s previous presidential administration, won 595,430 votes, or 55.7% of the total, the council said late Monday. Voter turnout was less than 1.1 million, or roughly 21% of registered voters in the country. Roughly 10% of ballots were discarded because of irregularities, the counsel said.

“The real story is the collapse of a functioning democratic system, where 80% of the electorate decided not to participate or was unable to participate,” said Jake Johnston, a Haiti expert with the Center for Economic and Policy Research in Washington, who noted that in 2000 and 2006, Haitian presidential election turnouts were around 70% and 56%, respectively.

“There is a general dissatisfaction with the political and economic elite in Haiti that makes people think, not only does my vote not matter, but it may not be counted either,” he said.

Mr. Johnston noted that Mr. Moïse’s victory represented a political consolidation for the country’s Tèt Kale (or Bald-Head, in Creole) Party, which gained power after Mr. Martelly was elected to office in 2011. The party has taken steps to encourage business development and strengthen the country’s armed forces, with mixed results.

“Moïse has talked a lot about putting agriculture at the center of the country’s development,” Mr. Johnston said. “There is very much a deep need for that, especially since the hurricane, and the devastation it caused in the southern peninsula,” referring to Hurricane Matthew, which decimated large swaths of the country last month.

Write to Robbie Whelan at robbie.whelan@wsj.com

We have no real concept of Democracy since the word was introduced to us within living memory.

Loser will never accept the fact they lost, not even people like Edmonde Beauzile who received one percent of the ballot – perhaps less. People like her become vocal and everything falls into chaos.

In reality, Jovenel got more than 50% but everyone was afraid to declare this, preferring to go to a run-off. This opened the doors for disaster.

Jovenel has promised a revival of agriculture – long overdue.

Give Jovenel a chance.

Unfortunately, the losers are already trying to challenge what was the best election in Haiti to date.

Media reports low turn-outs …. But we have never honestly had much more than 10%. People lie about the numbers so as not to embarrass themselves.