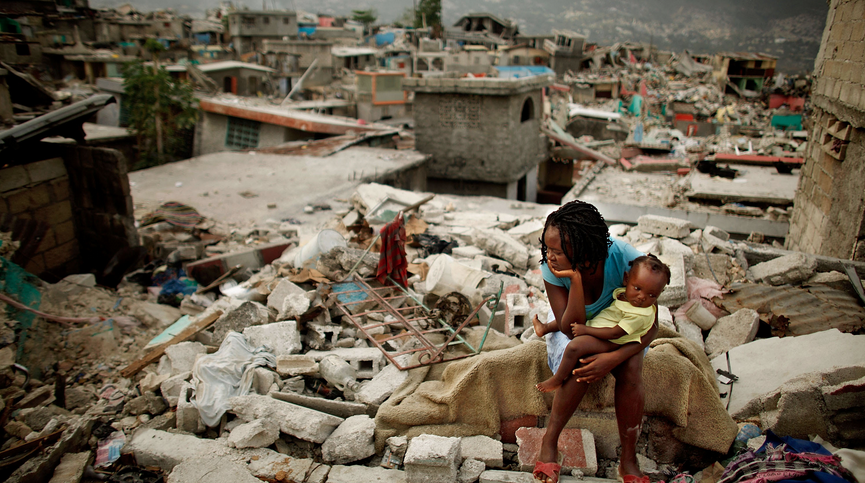 Haitians voted for a new president this week and are hoping the winner can help speed the recovery. NPR’s Scott Simon speaks with Reuters correspondent Makini Brice.

Haiti still reels from a tense presidential election that took place this week. After weeks of violent protests across the country, the results showed that none of the candidates received a majority. All of this occurs while Haiti continues to try to dig itself out after Hurricane Matthew.

That storm killed 600 people and has displaced tens of thousands of others. Amelie Baron is the AFP correspondent in Haiti and joins us from Port-au-Prince. Thanks so much for being with us.

SIMON: Must be very difficult to hold an election after a hurricane. How did they do it?

BARON: It has been a really great challenge for the electoral council and the government to face. And there have been quite a great job done by the government and authority with the help of the humanitarian community not to rebuild the schools and the buildings that have been destroyed but just to rehabilitate them.

All way – was too much destroyed. There have been tents instead of voting centers. And the whole process went well. People from the affected area were able to vote. And they went to vote. So that was a success.

SIMON: Yeah. And there’s no way, of course, of knowing those results right now.

BARON: So far, well, two parties already claimed victory for their own candidates. Those two declarations and, really, premature victories is absolutely illegal because the eventual decree says really clearly that no one can announce results or claim victory before the publication of the results. And they have to be really checked and identified and certified by the electoral council before any results.

SIMON: How is Haiti surviving and rebuilding six weeks after Hurricane Matthew?

BARON: Well, it’s a real challenge, especially in the remote area – in the mountain. It is really tricky because they lost everything, their crop, their house and all their belongings. And they are looking to go to the cities because they are not optimistic about the recovery that will reach in those remote areas. So they are moving already.

BARON: And it’s really tricky because nearly 800,000 people are looking desperately for food and for drinkable water every day. And the help is too slow to reach all those people.

SIMON: Eight hundred thousand – that’s almost a million people. And, as you explain it, the various agencies in the government are trying to get help out into the mountains where the damage is reportedly the worst. And yet the people who live there know how difficult it is to get the aid there. So they begin to flood the cities.

BARON: Exactly. And we’re seeing, also, in fact, they lost their crops. And to be able to reach the next season, they need seeds today to restart the culture – that those seeds are not available. And there have not been distribution of seeds so far. So this is a really long-term problem, they’re thinking.

SIMON: Yeah. And if you can’t plant the seeds now, people won’t be eating next year.

BARON: Exactly. And that will aggravate the problem of the movement of population to other cities and to the capital, Port-au-Prince. And this is a main fear for people – that the population of Port-au-Prince will rise again – that those people who will come to the capital have anywhere – any income. And they were leaving their shanty towns that are already overcrowded.

SIMON: Amelie Baron, who’s the AFP correspondent in Haiti, thanks so much for being with us.