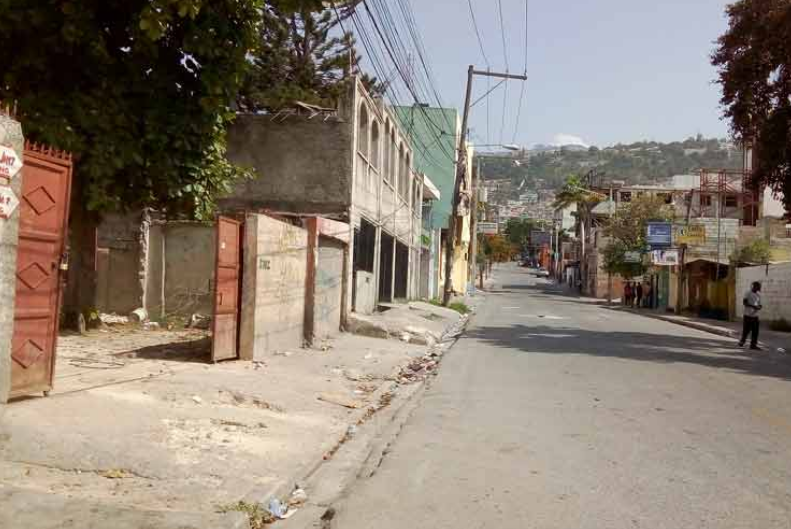 Early in the morning, the populous neighborhoods of Port-au-Prince, such as Carrefour, which usually join the protest movements, carried out their normal activities, without responding to the call of the opposition.

Since Thursday, there is a strong police presence throughout the capital, especially around strategic points, such as gas stations, public buildings, shops, schools, industries and others.

The lack of quorum in the anti-government mobilization this Friday, is a blow to the opposition sectors, which also suffered a setback early March, with another call unsuccessful.

It also highlights the dependence of political structures on other mass movements such as the Petrocaribechallanger, which since February has been working with the government with a view to forming a national talk.

The recent legal action ordered to freeze the funds and assets of those involved in the case of embezzlement of Petrocaribe, also appeased the feelings of many protesters.

‘We hope the actions will prosper and that the justice demanded by the people will be achieved’, said Yunior Chevalier, a young man who has participated in recent mobilizations, told Prensa Latina, but who decided to give the government a vote of confidence.

‘I’m going to wait to see if in fact this file goes in the courts, otherwise we will resume the protests’, he said.

Others, meanwhile, do not believe the current government can meet and satisfy the population expectations, and insist the protests are the only way to remove the Head of State, Juvenel Moise.

For the moment, the demands of the opposition sectors are the same: resignation of President Jovenel Moise, formation of a new Government, celebration of a National Conference and a fair trial in the case of Petrocaribe.

However, the Haitian President announced last February he will not resign, even more so when he has the strong support of the international community and Washington government.