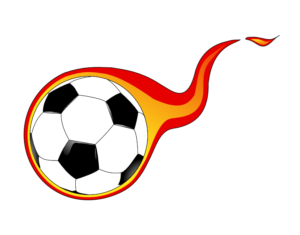 Antigua and Barbuda fans were boasting that Trinidad and Tobago would be back home today, following their 2-0 defeat of the Soca Warriors on Sunday night.

However, it was instead hosts Antigua-Barbuda who were knocked out of the Caribbean Cup as a result of a 1-0 loss to Haiti on Tuesday night at the Antigua Recreation Ground.

Haiti advanced to the semi-finals as Group A winners and qualified for the 2012 CONCACAF Gold Cup, along with Group A runners-up Trinidad and Tobago. Antigua-Barbuda and the Dominican Republic filled the lower positions.

The Haitians took a 1-0 lead in the 20th minute, causing a panic in the home team’s defence before striker Phillipe Peguero chipped the ball over central defender Quniton Griffith, and then shot high past goalkeeper Molvin James.

Thereafter, Haiti schooled Antigua- Barbuda in football. Haitian thinking was that Antigua-Barbuda eliminated them from the World Cup, and it was their duty to eliminate Antigua-Barbuda from the Caribbean Cup.

Haiti were almost in total control throughout the match. Dictating the pace, they did not let the home team play the high tempo, aggressive football they love. Without speed, the “Benna Boys” were ordinary, and it was only near the end that Antigua-Barbuda got back into the game a bit. Haiti were trying to be too cute and descended into silly play, picking up yellow cards for time wasting, and played one errant back pass which almost gave Peter “Big Pete” Byers and Antigua a late equaliser.

For Antigua and Barbuda, their Caribbean Cup moment was beating Trinidad and Tobago’s Soca Warriors 2-0 – even, the local press reporting it as a shock victory.