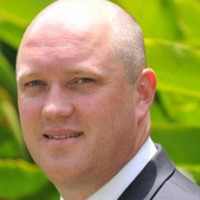 PORT-AU-PRINCE, Haiti (defend.ht) – Robin J. Padberg, CEO of Cellular Communications of Haiti SA (ComCEL), one of the largest telecommunications companies in Haiti operating under the trade name of “Voila” announced on Thursday his resignation after five years at the helm of the company.

“Telecommunications is the most dynamic sector of the Haitian economy and managing Voila is certainly one of the best and most challenging jobs I can imagine,” said Padberg in his resignation letter.

“I believe that, as in the past, major changes will take place in this area during 2012,” he added announcing that the company’s Vice-President for Regional Operations of Trilogy International Partners, Voila’s parent company, Peter E. Liautaud, based in Seattle, would serve as Acting-Director General of the company until a successor is named.

“We are saddened by the decision of Robin, but we are extremely grateful for his contributions to Voila over the last five years,” said Brad Horwitz, President and CEO of Trilogy International Partners.

“Robin’s leadership in our society, especially in the wake of the earthquake almost two years has been exemplary and we wish him success in his future endeavors,” Horwitz said.

In a highly competitive environment, Padberg has rejuvenated the image of the company by bringing together a team of young dynamic professionals who have changed the culture of the company through their hard work, integrity and an abiding faith in what the business is the company said.

Within a year, the team led by Robin Padberg has managed to breathe new life into the brand and launching what is called the green offensive.

Padberg made no mention of new projects, simply stating that he wanted to spend time with his family while exploring ways to contribute positively to the rebuilding of Haiti.