It is true that Youri Latortue managed to gain support of 4 Lavalas Senators, a trick that would be impossible without Aristide’s approval.  Youri has had a long term association with Aristide/Lavalas.

The claim that Guy’s voice was manipulated is bizarre, This has  been refuted by our government associates who know about such things. Guy Philippe says it is his voice,  and it appears to a part of a 28 minute segment, available on YouTube.

Aristide’s main threat would be Guy Philippe in the Senate. This would probably result in Aristide’s arrest and trial for a bag full of minor crimes, including Murder, kidnap, child endangerment, cocaine trafficking, embezzlement, simple theft, and parking violations.

He had already spent a substantial sum to have the DEA include Guy’s name in dossiers that had nothing to do with Guy.

The simple fact is this – Guy Philippe is innocent. Unfortunately, the way America’s Justice System is loaded, he will be convicted since he doesn’t have adequate legal representation.

It will be interesting to hear the testimony of American sources who say it was one of Guy’s opponents who double-crossed him.

YOU CAN RUN BUT YOU CANNOT HIDE. THE TRUTH WILL BE REVEALED UNDER OATH!

He is being abandoned by a Nation that owes him everything, as a result of his 2004 removal of Aristide.

We should be investigating Aristide for his fortune. He claims to have written some books and received royalties.

Guy is being investigated for Money Laundering involving a check he deposited in an American bank for something like $100,000. My goodness, he is not stupid enough to use a check to transfer criminal cash. The funds were from the sale of a piece of property, belonging to his father, and were aimed at buying a family home in the States. 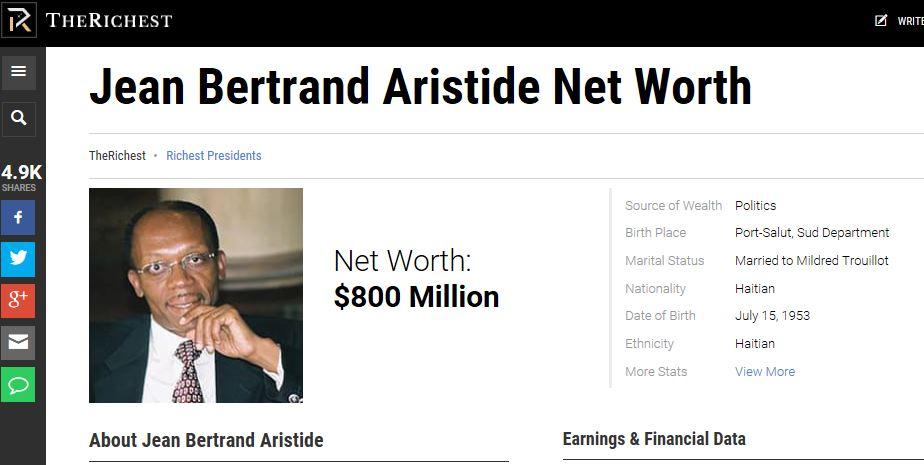