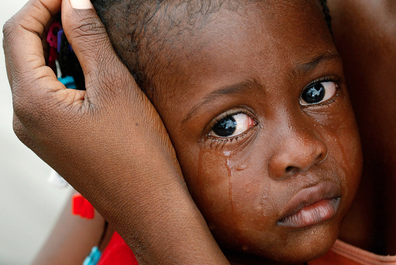 Haiti migration officials have asked the United States for a “humanitarian moratorium” even as they receive the first returnees from Texas. “Will we have enough to feed these people?”

PORT-AU-PRINCE, Haiti — The first Haitians deported from a makeshift camp in Texas landed in their home country Sunday amid sweltering heat, anger and confusion, as Haitian officials beseeched the United States to stop the flights because the country is in crisis and cannot handle thousands of homeless deportees.

“We are here to say welcome, they can come back and stay in Haiti — but they are very agitated,” said the head of Haiti’s national migration office, Jean Negot Bonheur Delva. “They don’t accept the forced return.”

Mr. Bonheur Delva said the authorities expected that about 14,000 Haitians will be expelled from the United States over the coming three weeks.

An encampment of about that size has formed in the Texas border town of Del Rio in recent days as Haitian and other migrants crossed over the Rio Grande from Mexico. The Biden administration has said it is moving swiftly to deport them under a Trump-era pandemic order.

On Sunday alone, officials in Haiti were preparing for three flights of migrants to arrive in Port-au-Prince, the capital. After that, they expect six flights a day for three weeks, split between Port-au-Prince and the coastal city of Cap Haitien.

Beyond that, little was certain.

“The Haitian state is not really able to receive these deportees,” Mr. Bonheur Delva said.

The Haitian appeal for a suspension of deportations appeared likely to increase the pressure on the Biden administration, which is grappling with the highest level of border crossings in decades.

President Biden, who pledged a more humanitarian approach to immigration than his predecessor, has been taking tough measures to stop the influx, and the administration said this weekend that the Haitian deportations are consistent with that enforcement policy.

But the migrants are being sent back to a country still reeling from a series of overlapping crises, including the assassination of its president in July and an earthquake in August. Only once since 2014 has the United States deported more than 1,000 people to the country.

As the sun beat down Sunday in Port-au-Prince, more than 300 of the newly returned migrants milled close together around a white tent, looked dazed and exhausted as they waited to be processed — and despondent at finding themselves back at Square 1. Some held babies as toddlers ran around playing. Some of the children were crying.

Many said their only hope was to once again follow the long, arduous road of migration.

“I’m not going to stay in Haiti,” said Elène Jean-Baptiste, 28, who traveled with her 3-year-old son, Steshanley Sylvain, who was born in Chile and has a Chilean passport, and her husband, Stevenson Sylvain.

Like Ms. Jean-Baptiste, many had fled Haiti years ago, in the years after the country was devastated an earlier earthquake, in 2010. Most had headed to South America, hoping to find jobs and rebuild a life in countries like Chile and Brazil.

Recently, facing economic turmoil and discrimination in South America and hearing that it might be easier to cross into the United States under the Biden administration, they decided to make the trek north.

From Mexico, they crossed the Rio Grande into the United States — only to find themselves detained and returned to a country that is mired in a deep political and humanitarian crisis.

In July, the Haitian president, Jovenel Moïse, was assassinated, setting off a battle for power. A month later, the impoverished southern peninsula was devastated by a 7.2 magnitude earthquake, and the Caribbean nation’s shaky government was ill-equipped to handle the aftermath.

According to a United Nations report released last week, 800,000 people have been affected by the quake. A month after it struck, 650,000 still need emergency humanitarian assistance.

Many of the migrants who stepped off the plane Sunday have little to return to.

Claire Bazille left home in 2015, and had a job cleaning office buildings in Chile’s capital, Santiago. It wasn’t the dream life she had left Haiti to find, but she got by, even sending money home to her mother each month.

When Ms. Bazille heard that it was possible to enter the United States under the Biden administration, she left everything behind and headed north, joining other Haitians along the way.

On Sunday, she was put on a plane and returned to where it had all begun for her.

Only now, Ms. Bazille’s family’s home in Les Cayes had been destroyed in the earthquake. Her mother and six siblings are living in the streets, she said, and she is alone with a small child, a backpack with all their belongings, and no prospect of a job.

“I don’t know how I will survive,” said Ms. Bazille, 35. “It was the worst decision I could have taken. This is where I ended up. This is not where I was going.”

At least a dozen of the migrants said they felt tricked by the United States. They said they had been told by uniformed officials that the flight they were getting on was bound for Florida. When they learned otherwise, some protested but were placed on board in handcuffs, they said.

“I didn’t want to come back,” said Kendy Louis, 34, who had been living in Chile but decided to head to the United States when construction work dried up. He was traveling with his wife and two-year-old son, and was among those who were handcuffed during the flight, he said.

The director of migration and integration at the Haitian office of migration, Amelie Dormévil, said several of the returnees told her they had been cuffed by the wrists, ankles and waist during the flight.

After the first plane carrying the deportees landed, the first to climb out were parents with babies in their arms and toddlers by the hand. Other men and women followed with little luggage save perhaps for a little food or some personal belongings.

Amid confusion and shouting, the Haitians were led for processing at the makeshift tent, which had been set up by the International Organization for Migration.

Some expressed dismay at finding themselves back in a place they had worked so hard to escape — and with so few resources to receive them.

“Do we have a country?” asked one woman. “They’ve killed the president. We don’t have a country. Look at the state of this country!”

Haitian officials gave them little cause to think otherwise.

And then there is the Covid-19 pandemic.

“I am asking for a humanitarian moratorium,” Mr. Bonheur Delva said. “The situation is very difficult.”

After the earthquake in August, which killed more than 2,000 people, the Biden administration paused its deportations to Haiti. But it changed course last week when the rush of Haitian migrants crossed into Texas from the border state of Coahuila, Mexico, huddling under a bridge in Del Rio and further straining the United States’ overwhelmed migration system.

On Sunday, after being processed, the migrants were given Styrofoam containers with a meal of rice and beans. The government planned to give them the equivalent of $100.

After that, said Mr. Bonheur Delva, it will be up to them to find their own way.