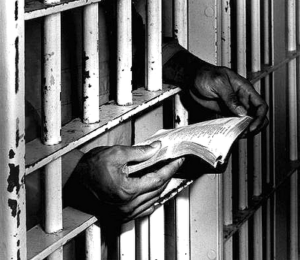 PORT-AU-PRINCE — Prime Minister Jean-Max Bellerive has resigned from his post to allow the country’s new president to name his own government chief.

Bellerive, who was appointed by former President René Préval 18 months ago , also serves as co-chair of the post-earthquake Interim Recovery Commission. He informed Préval of his decision early Friday.

Meanwhile, President Michel Martelly was notified shortly after he was sworn in Saturday afternoon. Bellerive hand-delivered a letter to the head of Martelly’s presidential transition team, Daniel Supplice, during a reception with Martelly and foreign diplomats. A visiting former President Bill Clinton, who co-chairs the recovery commission with Bellerive, was also notified on Saturday.

“I feel it was normal that I gave to President Préval my resignation because he appointed me and so the new president Martelly can discuss with the new parliament a new profile. I wanted to let President Martelly be at ease to appoint, and to meet with the senators and the deputies,’’ Bellerive told The Miami Herald.

The decision of who will be Haiti’s prime minister in the Martelly government will likely be the first battle between the politically inexperienced leader and a parliament where lawmakers loyal to Préval enjoy a comfortable majority. Also awaiting Martelly, who began his first full day on the job Sunday, is a decision about how to handle the recent controversial legislative election where an elections appeals board reversed all but four of 19 races in favor of candidates from Préval’s INITE coalition. The controversial results were sent to be published to make them official, however, instructions was given not to publish until Monday.

Martelly’s party has no senators, and only three deputies in the lower chamber. Already, his choice of businessman Daniel Rouzier as the next prime minister has created friction with some parliamentarians who criticized his choice. Rouzier is a well-respected businessman who founded a company that sells electricity to the government but has no political experience.

Leaders of Préval’s INITE have said Rouzier has no chance of being confirmed by parliament, as required by the constitution. But the coalition has not given its commitment to Bellerive. He is not a member of INITE but has solidarity with the group, Bellerive said. That solidarity, he said, caused him to support INITE’s presidential candidate entering the presidential runoff despite international pressure in favor of Martelly.

Bellerive said he is open to staying on as prime minister under Martelly.

“In my life, I’ve never imposed myself. Even if it comes to a point in the negotiations where they choose Jean-Max Bellerive it will be the choice of this president and this parliament,’’ he said. “It’s not going to be just because I am there. It has to be a choice for a lot of reasons. Michel Martelly made a campaign about the change of the system. If he chooses me, it has to be a commitment. If he chooses me, it’s not only about choosing a person. It’s about choosing some policies I was enforcing in the last 16 months and even before.’’

As prime minister, Bellerive has been the one charged with carrying out the Préval administration’s policies that include macro-economic stability, infrastructure investments and support of the reconstruction commission charged with helping Haiti’s rebuilding following the devastating Jan. 12, 2010 earthquake. But in recent months, he has also been the go-to guy for the international community in trying to work through the political gridlock triggered by the Nov. 28 presidential and legislative elections.

Many here had assumed that Martelly, a cousin of Bellerive, would keep the experienced technocrat But sources said that after returning from Washington, where he received strong endorsement from Secretary of State Hillary Clinton, he had a change of heart.

Better to fly without Bellerive.

There were reports, on the evening of the January 12, 2010 earthquake, that Bellerive was intercepted and arrested on the Dominican/Haitian border as he tried to flee the country with a bag of cash.

There is also reason to believe that Bellerive is an agent of the Dominican Republic’s intelligence arm, and has been for the past 20 years.

We need someone with only one loyalty and that loyalty must be focused upon Haiti, Haitians and Haiti’s well-being.

Martelly must pick his own man.

Rouzier will probably be blocked.

He should have selected Gervais Charles, a man who would be accepted by both the Chamber of Deputies and the Senate.. Gervais is a long-time friend and trusted associate of the Martelly family.

Gervais, a respected legal authority is a skilled arbitrator, capable of settling difficult situations to the best interests of all involved.