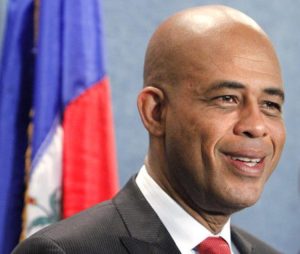 PORT-AU-PRINCE, Haiti — Haitian President Michel Martelly has left Haiti for a weeklong trip to Europe that will include a visit with Pope Francis at the Vatican.

Martelly will also participate in a mass with the Caribbean nation’s new and first cardinal, Chibly Langlois, and other new cardinals.

Langlois was named last month by the pope as part of his first batch of cardinals. The 19 cardinals have come from mostly non-European countries such as Burkina Faso and the Ivory Coast, underlining the pope’s emphasis on serving the poorest of the world’s poor.

Martelly is also expected to meet with French President Francois Hollande and Belgian King Philippe during stops in their countries.