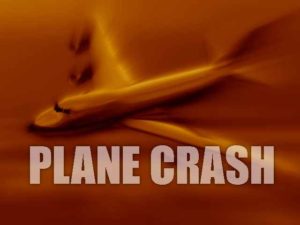 There is no immediate report on the size of the aircraft or whether there are any casualties.

Haiti’s Civil Protection Office announced the accident on Twitter. It says only that firefighters are at the scene of the crash.

There is an age old aviation lesson here that is ignored, yet again, with fatal results.

TORTUG AIR took off from Cap Haitien and returned, because of the weather.

SALSA AIR  decided to go, even though their passengers refused to participate in the Kamikaze mission….and survived. A pilot should pay attention when his passengers refuse to go. There is a message there.

SALSA flies old aircraft and is a marginal operation. Perhaps this will end their short lived project before more accidents occur.

Fire crews expect to retrieve the bodies of the crew tomorrow.