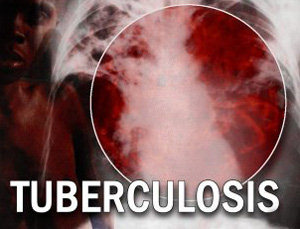 Prior to the earthquake of January 12th 2010, Haiti had experienced the highest TB notification rate in the Latin America and Caribbean region. In a forthcoming editorial in Expert Review of Respiratory Medicine, Kevin Schwartzman and colleagues from the McGill University Health Centre (Montreal, Canada) discuss whether the devastation of Haiti six months ago will lead to an unavoidable increase in the incidence of TB.

As early as 1918, it was recognized that disruption of social infrastructure hampered TB control and the recent devastation of Port-au-prince led Schwartzman and his colleagues Faiz A Khan and Benjamin M Smith to ask, “Must all nation confronted by natural disasters or other catastrophes experience worsening TB epidemics?”

“At first glance, it seems obvious that the earthquake and its aftermath must further hamper TB control in Haiti, which is already challenged by HIV infection and by inconsistent access to TB diagnosis and treatment,” noted Schwartzman. “If anything, Haiti could be more vulnerable to the health impacts of a disaster of this magnitude.”

In 2007, a total of 161 new sputum smear-positive cases of TB per 100,000 population were reported in Haiti. Using reports of population susceptibility and TB control in complex emergencies (classed as a ‘total or considerable breakdown of authority resulting from internal or external conflict that requires an international response’) Schwartzman and colleagues explore the historical perspective in order to examine how and why TB notification rates might increase in Haiti.

“The two World Wars were accompanied by an increase in TB cases and deaths in European countries. In more recent military conflicts, this has often, though not always, been the result.” explains Schwartzman.

Displacement of populations into temporary housing, malnutrition and the resulting crowded living conditions were previously seen to lead to increased TB transmission and disease rates. However, the authors note that higher notification rates can also be a product of the increased humanitarian aid and diagnostic capacity seen in response to emergencies.

“Increased notification may actually be a good first step. If humanitarian aid is able to improve Haitians’ access to timely diagnosis plus suitable treatment, this will reduce TB transmission in temporary shelters, health facilities, and elsewhere in the community.”

Cutbacks in funding for TB control programs paved the way for the resurgence of TB in countries such as the USA, Brazil, and countries of the former Soviet Union. Conversely, implementation or maintenance of TB control programs has been shown to greatly improve outcomes, even in countries where the population is poor and healthcare resources are limited, such as Peru and India. In 2006 Schwartzman was involved in an analysis that estimated that a US$5 million expansion of the Haitian TB control program could help avert 50,0000 deaths from the disease and result in a net saving of greater than $130 million. Recently, much of the funding for development operations has excluded the Haitian government and has been distributed by non-government organization, owing to an embargo by donor agencies.

Schwartzman and colleagues note that in order to provide an adequate response to Haiti’s TB epidemic the country’s national healthcare infrastructure must be strengthened. This could be undertaken through coordinated funding decisions by foreign governments and donor agencies, in concert with Haitian authorities during rebuilding in the aftermath of the earthquake; however, as the authors note, “…these are hugely complex and challenging steps [and] it remains to be seen whether any good can ultimately result from Haiti’s devastation.”

The full article is available at http://www.expert-reviews.com/loi/ers/4/4

1 thought on “Haiti: might the earthquake worsen TB rates?”