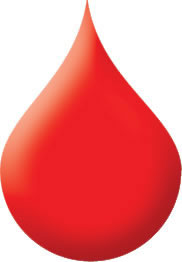 OUT OF SIGHT – OUT OF MIND

The mayor of Port-au-Prince has spent the last 18 months doing nothing. Now, he plans to clear the mess in the middle of the cit. We all agree that something must be done. However, you cannot simply uproot these people and dump them in another place without any sort of support system.

Now, in Haiti, people are used to living WITH ALMOST NOTHING….but they need SOMETHING!!!

Hundreds of millions have been pissed away.

The vultures are circling the money bags, like vultures over a dead carcass.

We have a super vulture, joining the local scavengers…JEAN MICHEL LIGONDE who ran from Haiti after being caught stealing $1,500,000 dollars from the Catholic schools. A deal was made in which he would not go to jail…but would pay the money back in $150,000.00 installments. He gave the first check for $150,000 and ran for Boston. The check bounced.

When the January 12, 2010 earthquake struck Ligonde, and his wife, were back with the speed of light…to capitalize, yet again, on their people’s misery. His wife changed back to her maiden name ad now stand as the chief architect for the Port-au-Prince re-development.

THE CATHOLIC CHURCH OWES US ONE SMALL FAVOR. PLEASE PUBLISH THE FACTS ABOUT THE JEAN MICHEL LIGONDE THEFT AND LET US FILE CRIMINAL CHARGES AGAINST HM.

PROTECT YOUR PEOPLE….NO ONE ELSE CAN.

OF COURSE, OUR MAYOR IS SLOBBERING WITH EAGER EXPECTATION FOR HIS SHARE OF THE PLUNDER.