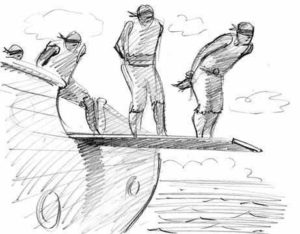 Presidential adviser Damian Merlo said the leader removed the council members through a decree that will allow him to begin the process of naming new members to the provisional electoral council who will then pick a date for the vote.

“This is the first step to ensure free and fair elections,” Merlo said by telephone.

According to precedent, the new body will likely be composed of allies.

The earlier provisional electoral council, whose members were appointed by former President Rene Preval, oversaw an election that was marred with fraud and irregularities and almost cost Martelly the presidency.

The former pop star was initially barred from a runoff election, a decision that sparked nearly three days of rioting that shut down the capital.

The Organization of American States determined those results were flawed, and the electoral council dropped a government-backed candidate from the runoff to make room for Martelly.

The upcoming elections will prove critical to the Martelly administration as it tries to jump start reconstruction efforts following a massive earthquake two years ago. Martelly’s Farmers’ Response Party holds no seats in the 30-member Senate and only three in the 99-member Chamber of Deputies.

One third of the Senate will be up for grabs in the planned elections along with mayoral posts for cities nationwide.

The decree came the same day that Martelly’s press office issued a statement saying the “former” members were “invited to submit” to election officials “state assets” still in their possession.