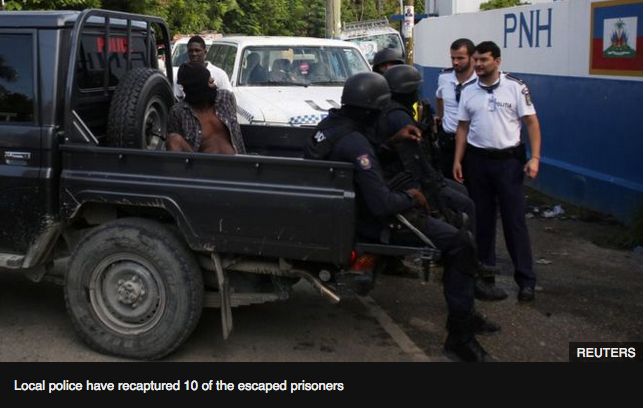 At least 150 inmates are still on the run after a mass prison breakout in Haiti on Saturday, from Arcahaie jail 45km (30 miles) north of the capital Port-au-Prince.

Two guards and three inmates died during the jailbreak.

Some 170 inmates escaped. Security forces say they have recaptured 10 prisoners and are investigating whether prison guards were involved. 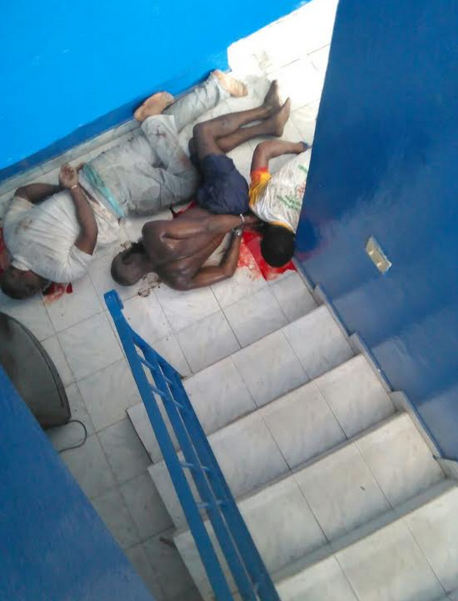 An manhunt to capture remaining inmates is being spearheaded by Haitian police.

Justice Minister Camille Edward Junior told the Haitian newspaper Le Nouvelliste that the alleged mastermind of the prison break, convicted kidnapper Yvener Carelus, was one of the men captured. “He planned the escape from the inside with a few accomplices,” the minister said. 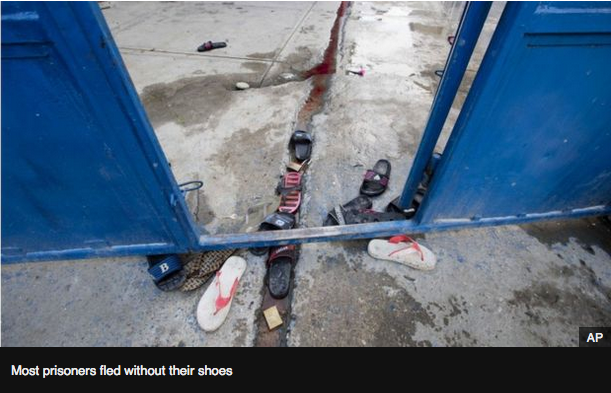 The inmates attacked the guards, stole firearms and shot at prison authorities as they escaped. Prisoners at Arcahaie do not wear prison uniforms, making it easier for the escapees to blend in with the general population.

The US embassy advised Americans to avoid the area following the prison break.