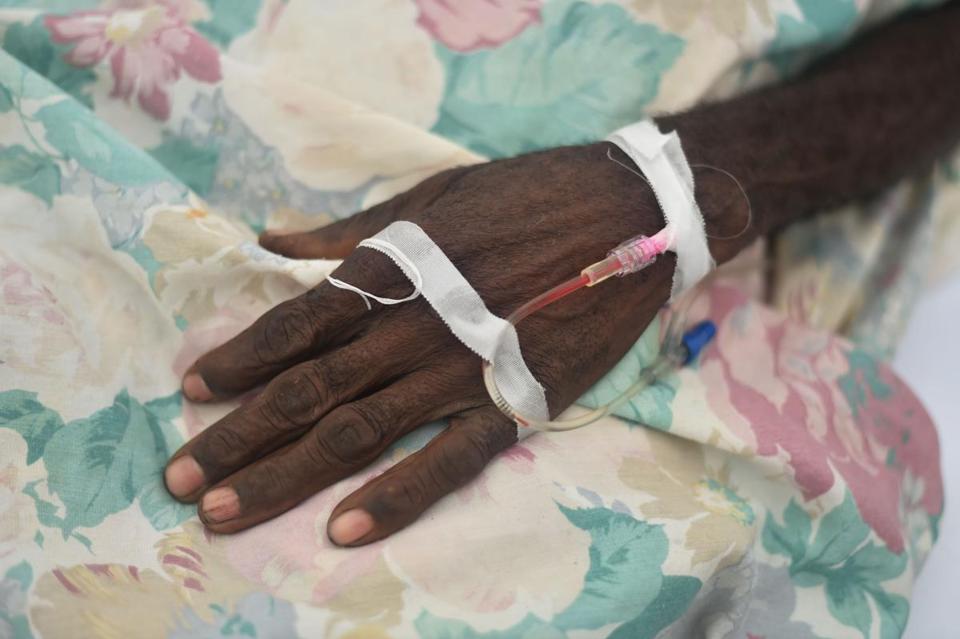 Patients with cholera symptoms received medical attention in a hospital in Randelle, Haiti, in October 2016. Food, medicine and other essential aid was slow to reach areas slammed by Hurricane Matthew, making a raging epidemic worse.

Late last year, Secretary General Ban Ki-moon offered an apology for the UN’s role in bringing deadly cholera to Haiti, during a speech that moved from Creole to French to English. Since then, there has been little more than silence.

Ban’s long-awaited apology came with a promising plan to help victims of the savage epidemic, called “The New Approach,” which envisions spending $400 million to support survivors and address the nation’s crumbling water and sanitation systems. But fund-raising — based thus far on voluntary contributions — has brought in only 2 percent of that total. As of last week, donors included South Korea, India, and Liechtenstein, among others, but not the United States. Without assessed contributions from member nations, the future looks grim indeed. Advocates and rescue workers estimate another 30,000 people in Haiti will get cholera this year. The often-lethal scourge has already killed more than 9,000 and sickened 800,000.

Even more frustrating: There’s finally consensus about how the epidemic took hold and who is responsible. Genetic analysis of the cholera bug plaguing Haiti is incontrovertible: UN peacekeepers from Nepal arrived to help the island rebuild after a devastating earthquake in 2010 and let raw sewage from their camp seep into a stream. Some of the Nepalese were infected with the vibrio cholerae microbe that can cause severe diarrhea, dehydration, and agonizing death.

Advocates, who rightly fear each new rainy season and hurricane, took action earlier this month. On March 16, Brian Concannon, executive director for the Institute for Justice and Democracy in Haiti, and Mario Joseph, managing attorney for the Bureau des Avocats Internationaux, asked Secretary General António Guterres to discuss how to transform “the promises in the New Approach into concrete results for the people of Haiti.”

For an administration bent on bullying other nations about their failure to shoulder their fair share of NATO costs, that’s an urgent question indeed. Although it’s sometimes hard to discern who is in charge of foreign policy in Washington, there is still time for the US State Department to assert moral leadership and contribute to the effort to break this cycle of failure in one of the poorest nations in the world.