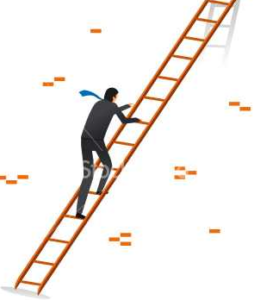 OTTAWA – It will take Haiti the better part three decades to become a middle income country on par with its Caribbean island neighbour, the Dominican Republic, says the top U.S. official on the file.

But Thomas Adams, the State Department’s special co-ordinator for Haiti, told The Canadian Press that “realistic” estimate should not be seen as daunting to countries like Canada that are heavily invested in helping the Western Hemisphere’s poorest country, still struggling after its devastating 2010 earthquake.

Nor should it deter investors, who are crucial to Haiti’s long-term recovery, Adams added, as long as the country builds credible democratic institutions.

“There is no reason why Haiti can’t become a middle income country. But because they’re starting so low, it’s going be to be 25-30 years even if they have good economic growth,” Adams said in an exclusive interview, after two days of meetings in Ottawa with various government officials.

“It’s not a quick fix. These problems in Haiti – their educational system, their health system, cholera, the infrastructure – these aren’t quick fixes,” he added.

“It’s good to be realistic. That’s not to say we’re not making progress each year … But overall, you’re not going to see a Haiti the way you’d like it for a while.”

Forty years ago, Haiti was slightly ahead of the Dominican Republic economically, said Adams, with 20 large American corporations setting up their Caribbean headquarters there. The two countries share the Caribbean island of Hispaniola.

“Haiti needs private investment. All the donor money, as generous as it is – and I think Canada and a lot of countries have been very generous – isn’t enough to fix Haiti.”

The U.S. and Canada, said Adams, remain in lock-step when it comes to helping Haiti recover from the devastating January 2010 earthquake that left 300,000 dead and displaced 1.5 million. Canada has pledged more than $1 billion to Haiti, making it the second largest aid recipient after Afghanistan.

That co-operation extends to co-ordinated messaging of Haiti’s political leaders, to break the political paralysis of the last year – a crisis that has raised serious questions about the country’s ability to stave off corruption and govern itself effectively.

That crisis appeared to ease earlier this month when President Michel Martelly swore in a new prime minister, Laurent Lamothe, whose predecessor resigned in February after barely four months on the job.

The turmoil rendered Haiti’s government rudderless and left billions of dollars of donor pledges in limbo.

“That’s pretty much over,” said Adams. “There’s a truce between the president and the parliament. It seems they’re willing to work together. The president has confidence in the new prime minister.”

With Lamothe confirmed, parliamentary amendments will pave the way for elections of senators and local officials, as well as paving the way for reforms of the court system, said Adams.

Throughout it all, the Canadian and U.S. governments have continued to “give co-ordinated messages on some sensitive topics.”

The underlying message can be boiled down to this: reign in the corruption and work together politically.

“That’s one of our constant messages,” Adams explained.

“We don’t say, if you’re not going to do X, Y, and Z we’re going to cut off all of your aid. But we do say, and Canada says, and everybody else says, over time businessmen and donors are going to go elsewhere if you’re not seen as making your best efforts to curb corruption to bring in the rule of the law and be democratic.

“I think they’re hearing that.”

Diane Ablonczy, Canada’s junior foreign affairs for the Americas, said Haitians are “crying out for leadership” so Canada is urging its leaders to step up and provide it.

“We are really urging the new government as its formed to emphasize and really roll up its sleeves and emphasize the need to deliver results for strong institutions in Haiti.”

Earlier this month, Jean laid bare her frustration with the pace of change in her native country during a recent speech in Ottawa to government officials and non-governmental organizations.

“The aid and handout system has become kind of a business model, a scheme used by some to wheel and deal as it generates opportunities for embezzlement and corruption,” Jean said the text posted on her website.

Adams said that’s the message the U.S., Canada and other allies continue to deliver to Haiti.

“We’re on the same message too. Again, cut the chaos,” he said. “That’s all we’re saying there: come on guys, let’s keep our eye on the ball here.”