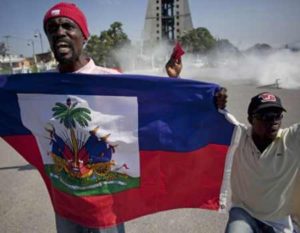 After having reviewed the publication of final results by the Provisional Electoral Council (CEP), more than two months after the elections of November 28, 2010, the National Network for the Defence of Human Rights (RNDDH) considers that the CEP has demonstrated its incompetence by publishing the final results based strictly on the findings of the report of the Expert Mission of the Organization of American States (OAS).

RNDDH recalls that the conclusions of the expert mission of the OAS should have been used as preliminary information to assist in ascertaining the truth about the election day. Indeed, the role of the electoral body and the national judicial institution should have to investigate and take appropriate decisions to punish those responsible for acts of embezzlement, recorded on November 28, 2010. Instead, RNDDH finds that the real perpetrators and co-authors of acts of misconduct, violence, recorded on November 28, 2010, are not worried. Some of them, elected in the first round, are rewarded for their ingenuity, while others are in a situation favorable for the second round.

RNDDH regretted that the Mission of OAS experts have just worked on the minutes of the Presidential, while the whole electoral process was marred by irregularities and fraud. Indeed, the legislative were not taken into account, it is estimated that by publishing these results, the CEP admits implicitly having manipulated the preliminary results that favored the candidate Jude Célestin.

However, RNDDH regrets that in the context of these results, the policy has taken precedence over the law. RNDDH believes that changes must be made within the electoral apparatus before the second round and that sanctions must be taken against all those who in any way, were involved in the reprehensible acts committed throughout the election process.