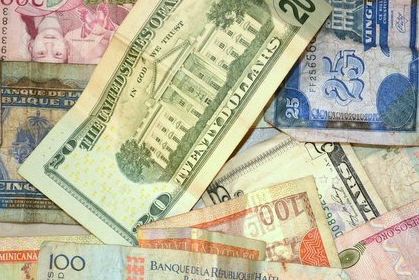 Port-au-Prince, Sep 17 (Prensa Latina) The formal trade exchange between Haiti and the neighboring Dominican Republic reportedly reached 888.33 million dollars in 2017.
More than 90 percent of these resources corresponded to products imported to this country, while 36.61 percent, which includes items for fishing, tobacco, as well as equipment accessories, are exported to the Dominican Republic.

According to the National Statistics Office of Santo Domingo, formal trade between both nations rose by 6.5 percent compared to 2016, however, it remains below the figures of 2015, when it reached one billion dollars.

The fall is due to Haiti barring the import of some 23 products by land, including wheat, flour, edible oil and cement, with the aim of controlling their quality and ensuring the safety of the population.

However, despite these impositions experts point out that the informal trade between both nations is around 1.2 billion dollars, and that Haitians mainly buy in the Dominican Republic agricultural and agro-industrial goods such as chickens, eggs, rice, beans and vegetables.

Conversely, the main products are textiles, footwear and alcoholic beverages.

According to the Ethics and Anti-Corruption Commission of the Senate, the Haitian State loses annually 55 billion gourdes (848,508,534 dollars) on tax evasion, despite the brigades deployed in the border area to counteract the activities of smugglers.