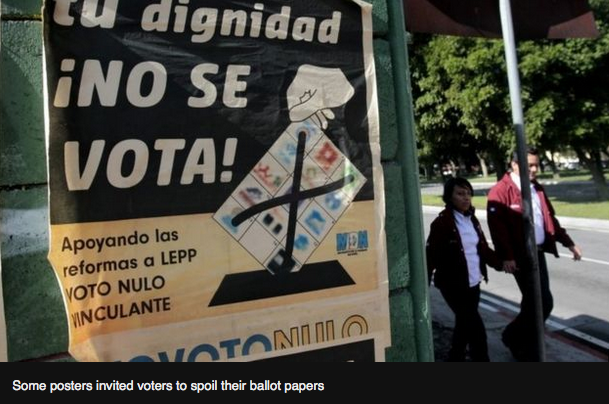 Guatemalans are heading to the polls in presidential elections amid a deep political crisis.

Many Guatemalans have called for the polls to be postponed in the wake of the allegations.

If, as expected, no candidate wins 50% of the vote there will be a second round of voting on 25 October.

There have been calls for Guatemalans to wear black clothes of mourning as they cast their vote, amid scepticism that the poll can achieve political change.

Haiti has lost $300,000,000 since the departure of Laurent Lamothe and a change in Customs Director.

Perhaps there is hope for Haiti.

Such is the life of Haiti.