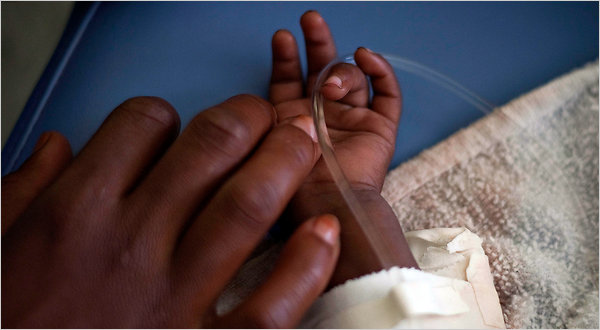 Haiti, which did a poor job of vaccinating its children even before the 2010 earthquake, has come up with a plan to immunize 90 percent of its newborns by 2015, the Pan American Health Organization announced last week.

The country now needs over $100 million to carry it out.

Assuming that GAVI — the former Global Alliance for Vaccines and Immunization — approves the plan, Haiti will be the last country in this hemisphere to adopt a pentavalent vaccine that protects against Haemophilus influenzae type B, or Hib, and hepatitis B, as well as diphtheria, whooping cough and tetanus. The plan will also include the relatively new rotavirus and pneumococcal vaccines. Even before cholera reached Haiti in 2010, 2,000 children each year died of rotavirus, which also causes diarrhea.

Haiti has been free of polio, measles and rubella since 2002.

The ambitious plan depends on international support, which poured in after the earthquake and cholera epidemic. Major improvements will be needed, said Dr. Jon Andrus, deputy director of the Pan American Health Organization, liked building a solar-powered “cold chain” to keep vaccines refrigerated as they are distributed to rural clinics. And even assuming GAVI approval, donations are still $21 million short.

Whether the plan works will depend on Haiti’s ability to reverse decades of incompetent government and bad coordination among aid groups.