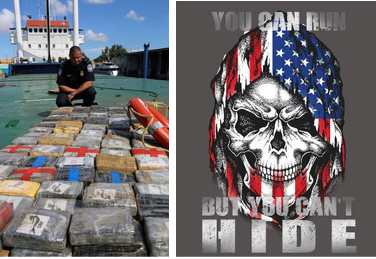 MIAMI — The former chief of the Haiti National Police’s anti-drug unit, who lost his command after being implicated in a bungled Haitian drug smuggling operation, is in U.S. immigration custody in Miami.

Joris Mergelus quietly flew last week from Haiti to Miami International Airport, where he was immediately taken into custody by U.S. Immigration and Customs Enforcement.

During questioning, Mergelus asked for asylum, according to sources familiar with his case. He was carrying about $7,000 cash and documents.

Mergelus, who is currently being held at the Krome North detention center, is linked to a narco-trafficking investigation by the U.S. Attorney’s Office that grew out of a 2015 drug-smuggling operation in Haiti involving the disappearance of multiple kilos of cocaine and heroin.

The U.S. Attorney’s Office in Miami declined to comment on Mergelus’ fleeing Haiti or whether he was a suspect in the widening probe. The Drug Enforcement Administration in Puerto Rico, which manages the DEA office in Haiti, did not respond to a request for comment.

At the time of his departure from Haiti, Mergelus was under investigation by the Haiti National Police. Investigators were looking into allegations by DEA whistleblowers that as head of the Brigade in the Fight Against Narcotics Trafficking, Mergelus took bribes to hinder a police investigation of a “sugar boat” that arrived in April 2015. The Manzanares MV was loaded with bags of sugar along with 700 to 800 kilos of cocaine and 300 kilos of heroin — most of which disappeared. The drugs had an estimated U.S. street value of $100 million.

Mergelus was suspected of destroying evidence in the Manzanares investigation, according to investigators.

DEA whistleblowers believe that Mergelus had given kickbacks to a DEA supervisor in the past from funds for confidential sources, equipment and other expenses. He also had previously failed two lie-detector tests given by the DEA about his relationship with drug dealers, the whistleblowers say.

Mergelus was removed as the head of Haiti’s drug unit, BLTS, in 2017 and assigned to a desk job.

Mergelus strongly denied any links to drug traffickers. In a previous interview with the Miami Herald, he said the litany of allegations “truly surprises me” and that he believes he’s being made into the fall guy for what is really an internal conflict among DEA agents in Haiti. He challenged the claim that he had failed the polygraph tests. 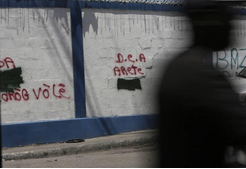 “If I didn’t pass, why did they accept me as head of BLTS?” said Mergelus, who joined the narcotics unit in 1997 and became its commander in 2011. “All the big drug arrests in Haiti, I did.”

The Miami Herald broke the story that the U.S. Attorney’s Office in Miami was investigating the sugar boat drug smuggling operation, and that the U.S. Justice Department was probing separate allegations of wrongdoing by DEA agents suspected of bungling the April 2015 case. 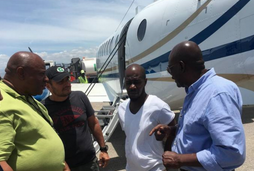 In May, a dock worker in the case pleaded not guilty to a drug smuggling conspiracy charge in Miami federal court after he was extradited to the United States. Gregory George, 32, is the first and only defendant to face prosecution so far in the cocaine and heroin distribution case.

A federal magistrate judge, Edwin Torres, granted George a $250,000 bond based on a joint recommendation by prosecutor Kurt Lunkenheimer and the federal public defender’s office. George, however, has not posted bail and is still in custody at the Miami Federal Detention Center.

His trial is scheduled for Aug. 19. 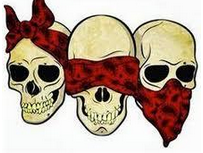 With the recent extradition of Gregory George  it became obvious to Joris Mergelus, commander of Haiti’s drug s squad – BLTS – that his days were numbered.

He was marked for elimination.

Suspected of  number of crimes, involving the Manzaneres, and other situations, Mergulus was required to sign in at the the PNH Headquarters each day at 8 A.M. and sign out at 4 P.M.

He was not in possession of a passport, or American visa, making one wonder how he managed to get on the aircraft for a flight to Fort Lauderdale.

He requested asylum on arrival at Fort Lauderdale, presenting the authorities with a treasure-trove of documents, involved with this, and other cases. It is worthwhile to note that he is being held at Krome Detention Center, and not the Federal jail facility.  This means he wasn’t arrested for the drug charges and is being held as a potential asylum recipient.

Another message can be seen in the low $250,000 bail set for the release of Georges. (He might have to put up $25,000. A friend could put up their house/condo). It shows that he is appreciated by the prosecutor, who doesn’t mind if Georges is free to move around. I would bet that he will, eventually, be “sentenced to time served,”  which means he would be immediately released. He has already been incarcerated for several years in Haiti.

Dead me tell no tales and some people had already missed their chance to silence Gregory George.

Others may die to keep the truth buried.

But the American Justice system has been working for several years and has managed to build a substantial case against some current, and former DEA staffers, along with a collection of Haitians, involved with the Manzanares Circus.

Several meetings seem to have been held, attended by participants. One of these participant seems to have recorded one meeting as an insurance policy to facilitate a plea deal, should things reach that point.

With the amount of drugs involved, those charged will face the Kingpin Category which sees a mandatory 40 year jail term.

The American prosecutors expect to convict several DEA people, and a collection of Haitian businessmen as this case moves towards finality, at long last.

Watch the rush by people to make deals that sell out their associates in plea deals.